Most people frequent the Salvation Army to donate unwanted shoes and clothing. One unknown person used the anonymous drop box to cruelly discard an innocent kitten.

Fortunately, the abandoned kitten was quickly discovered by staff at the Downtown Fresno Salvation Army in California, where staff overheard the tiny animal crying from inside the donation bin. “They do not know who put her in there, how long she was in there, or if donations were then dumped in on top of her,” a shelter volunteer, Harvie Schreiber, told Love Meow. 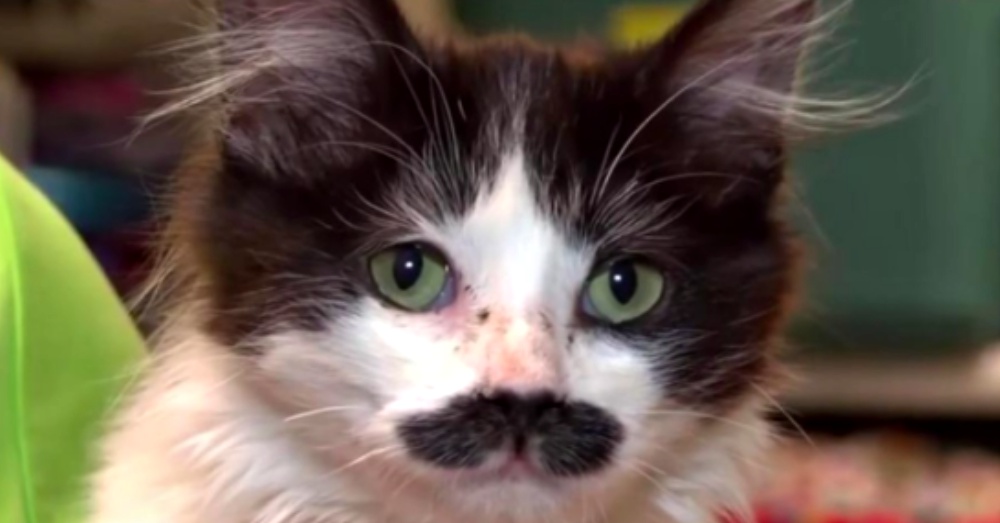 “When they discovered her, they called The Cat House on the Kings and one of our volunteers went right down to pick her up,” Schreiber said.

Back at The Cat House on the Kings, the kitten was vaccinated, tested, microchipped, spayed, and named Sally Ann.

“She is friendly and cuddly despite her rough start to life and we expect her to be “good as new” by the time that she is fully recovered from her spay surgery,” Schreiber said. 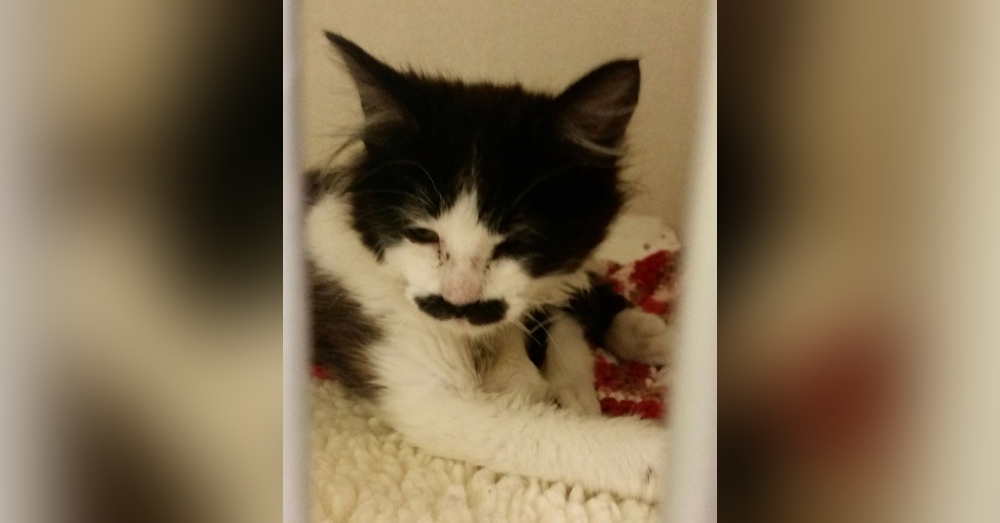 In the meantime, staff was preparing to help little Sally Ann find her a forever home. And some volunteers just had a feeling it going to be really easy.

“We think she’s movie star potential here with that look, or at least the next Internet super sensation,” one volunteer said in the following video of Sally Ann’s unique coloring. It’s true! The adorable markings on Sally Ann’s face resemble the perfect mustache! 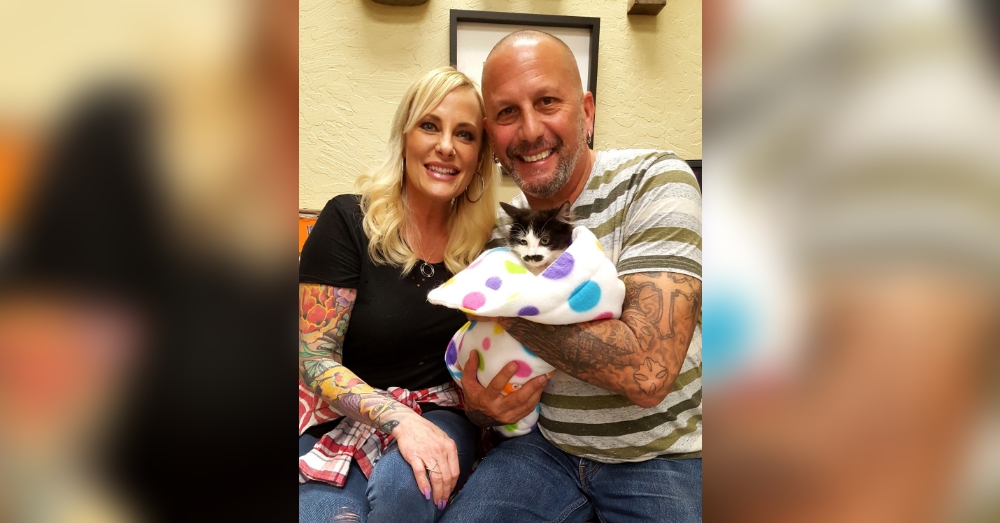 Sure enough, Cats on the King quickly received almost 50 applications related to Sally Ann, according to the shelter’s Facebook page. After sifting through them all, the kitten was adopted by a loving couple who’ve promised to provide this made-for-the-Internet star with a safe and happy home. We are so glad she’s safe now!

Learn more about this one-of-a-kind kitten in the video below!