Dogs love unconditionally and would never abandon you; they simply ask the same in return. Sadly, countless dogs are abandoned by their owners every day.

A tiny chihuahua was left behind by her owners to fend for herself outside a California home with no food or water.

Thankfully, she was found by kindhearted construction workers who provided food, water, and a makeshift shelter until help arrived. 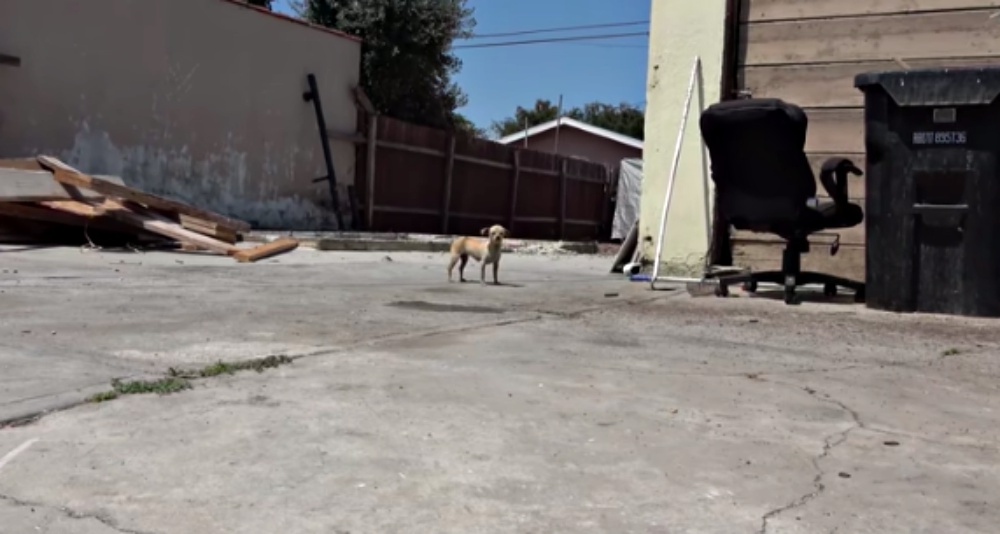 Hope for Paws, an animal rescue based in Los Angeles, heard about the abandoned chihuahua and rushed to rescue her.

Eldad, founder of Hope for Paws, arrived to find the little dog alone in the backyard. She immediately ran away.

She had understandably lost her trust in humans.

Eldad talked sweetly to the pup in hopes he could coax her out, but when that didn’t work he used a baby gate and net to trap her. 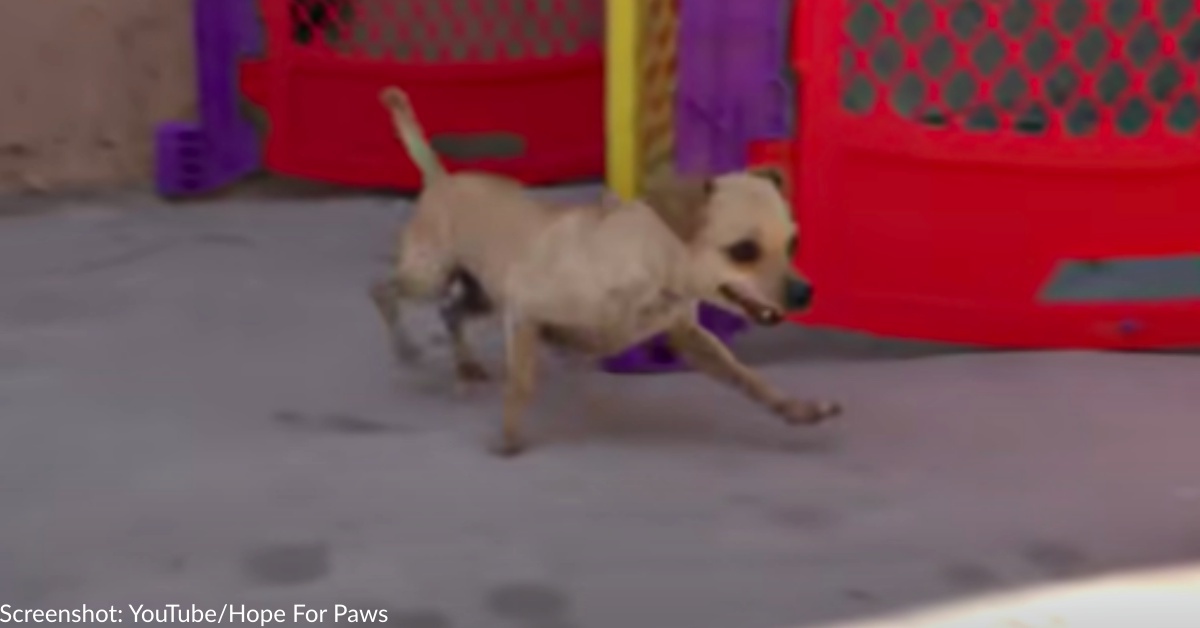 Although the rescue was a bit stressful, Eldad managed to finally catch the little dog and earn her trust. 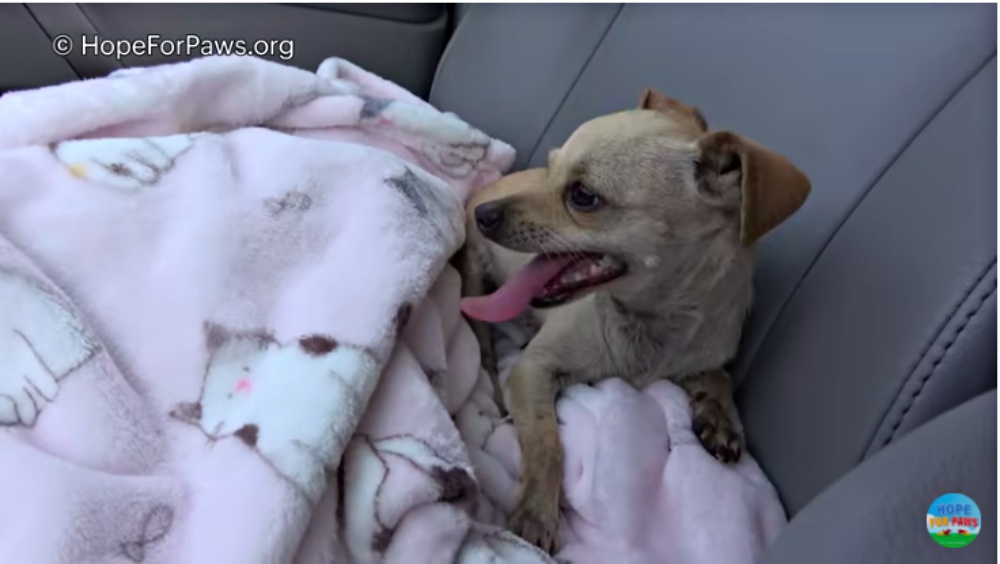 On the car ride to the clinic the little pup rested on a blanket covered in cats, so he named her Kitty.

She arrived at the clinic and was greeted by a rescue kitten who helped ease her stress. 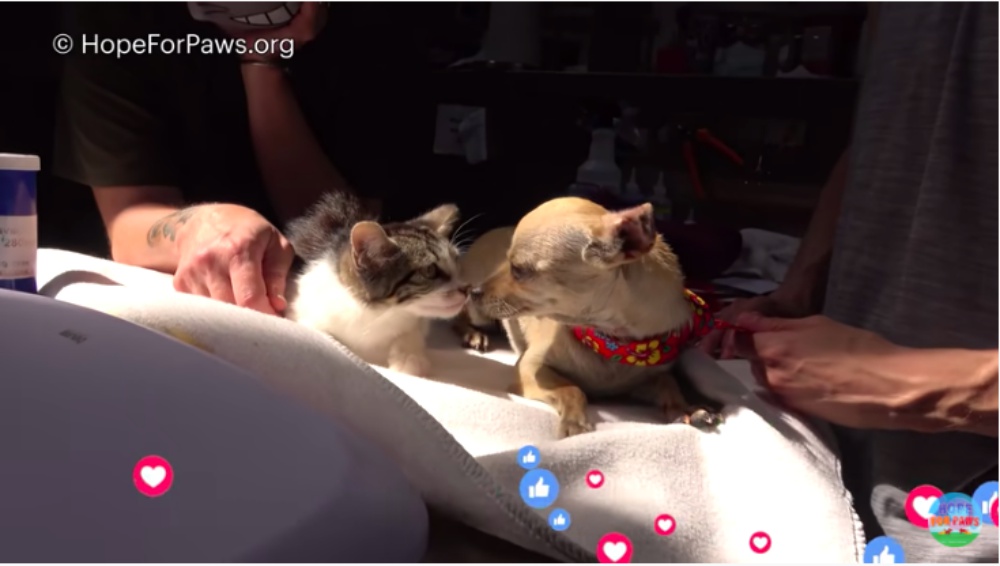 Kitty received a warm bath and was examined by a vet. After being spayed, microchipped and vaccinated, she was transferred to Tobie’s Small Dog Rescue.

She was taken in by a loving foster who showered her with love and restored her faith in humans. The shy pup started to come out of her shell and quickly found a forever home.

Kitty, now known as Baby, lives with another chihuahua and loves to give kisses. She willingly rolls on her back for belly rubs and is living her best life. 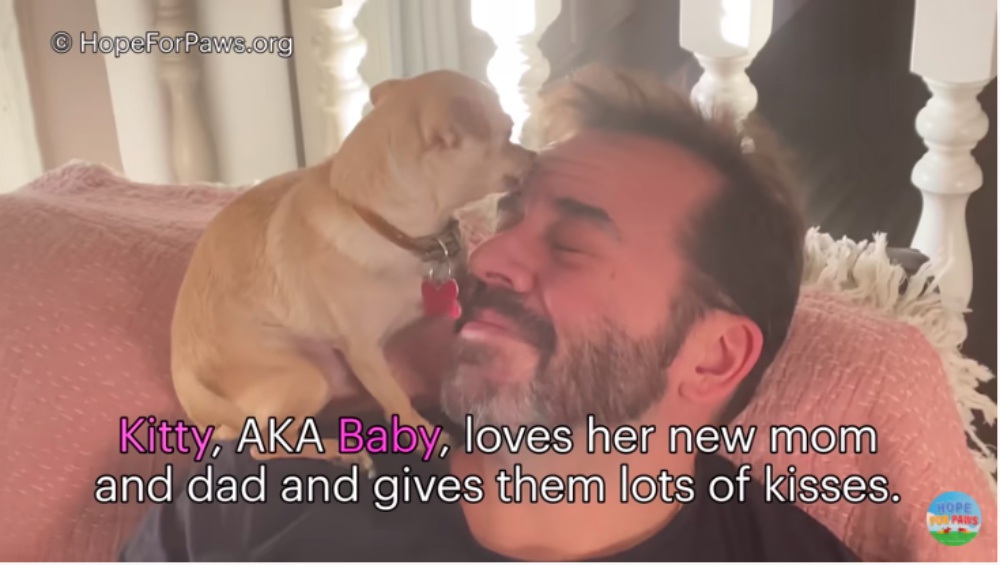 Her rescue story has touched the hearts of thousands of people, many who don’t understand how people can abandon a pet, and are so happy she has found her forever home.

Check out her rescue story below and don’t forget to share!