It’s the worst case of animal cruelty at least one humane officer has ever seen.

Butler County Humane Police Officer Janice Lawniczak and her team found the bodies of a dog and 18 cats behind a home in Winfield Township, Butler County, Pennsylvania. In connection with the deaths, Tamara Rusz and Kevin Delehanty are now facing animal cruelty charges.

The bodies were discarded in bags and carriers; a nightmarish scene in the wooded area, on property owned by Rusz’ mother.

“The woman whose property it is, it was her daughter and the daughter’s boyfriend that were living back there in a tent,” Lawniczak said. “And she said she wasn’t aware of any of this.”

19 animals were found dead in the same woods where a couple allegedly left six cats to starve to death last year.

Several of the animals starved to death after being discarded in the woods.

“They would’ve been better off if they had just to let them go; to release them and let them fend for themselves,” Lawniczak told Penn Live. “They were in locked carriers.” 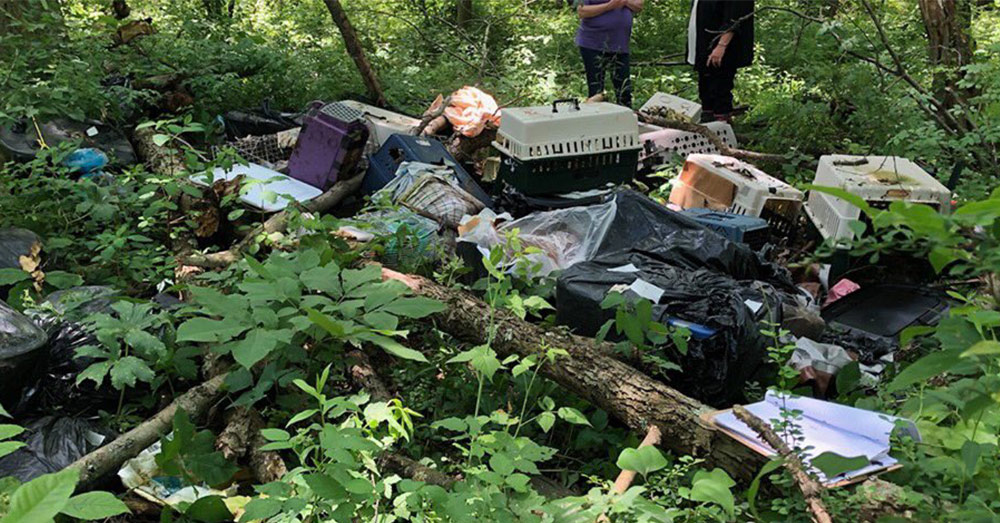 Source: YouTube/CBS Pittsburgh
19 animals were discovered in this wooded area.

According to Fox News, Rusz and Delehanty were scheduled to appear in court earlier that day for another charge for abandoning six cats. Delehanty appeared for the trial, but Rusz was absent. The couple are facing misdemeanor charges as a result. 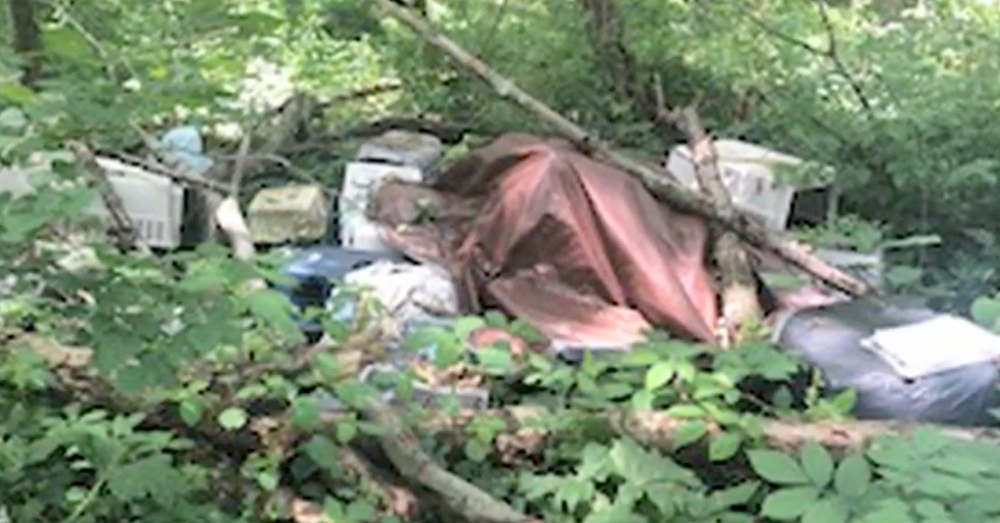 Source: YouTube/CBS Pittsburgh
The couple responsible for abandoning the animals to die were previously charged with animal cruelty involving 6 cats.

According to CBS, Delehanty told Lawniczak, “they had nowhere to put [the cats], so they were live cats when they put them in the woods, and they were in carriers.”

Authorities discovered the cats near the same wooded area about a year ago. This connection led them to Rusz and Delehanty when 19 more dead animals were found on the property. 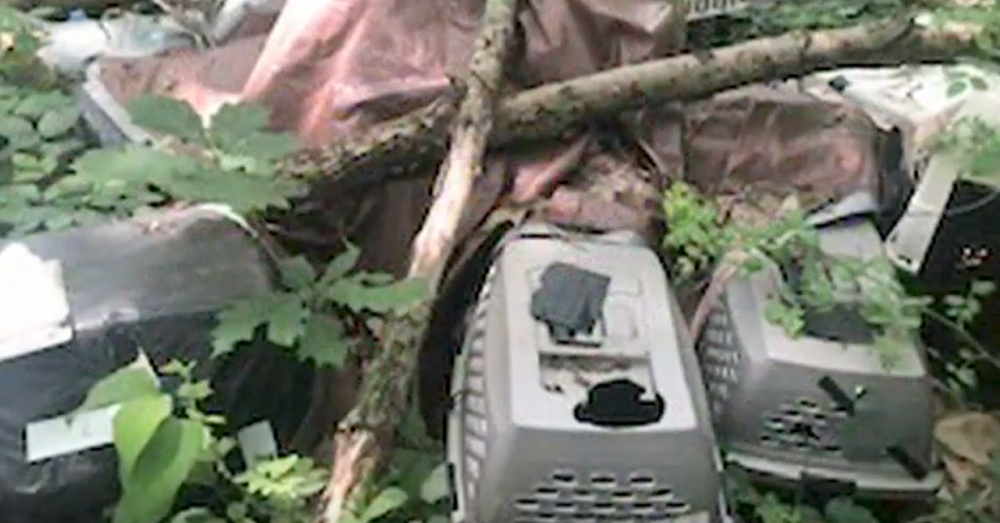 Source: YouTube/CBS Pittsburgh
The owner of the property had no idea these animals were left to die.

Lawniczak would like to see Rusz and Delehanty face felony charges for this latest case, the Butler Eagle reports.