Animals are adorable when they make friends – especially when animals become friends with other species. Usually, these unusual friendships are between two land-based animals, however, on rare occasions, you’ll get to witness an adorable friendship blossom between a marine-based mammal and a land-based one.

That is how one dog and a dolphin came to be best friends. Because both animals are naturally curious and friendly beings, it makes complete sense that they’d become close.

One woman, Eileen McGunagle, was down in Florida taking a boat ride aboard a Captiva Island Fishing Charters. While she was on board, she met boat owner Cliff Gilchrist’s 3-year-old Rottweiler-Husky mix, Lucy. As it turned out, Lucy was a regular passenger on many boat rides, having begun accompanying Cliff since she was just a puppy at 6 months old. Lucy is a dog who loves the ocean. Additionally, all of Cliff’s customers like having her join them aboard the boat. 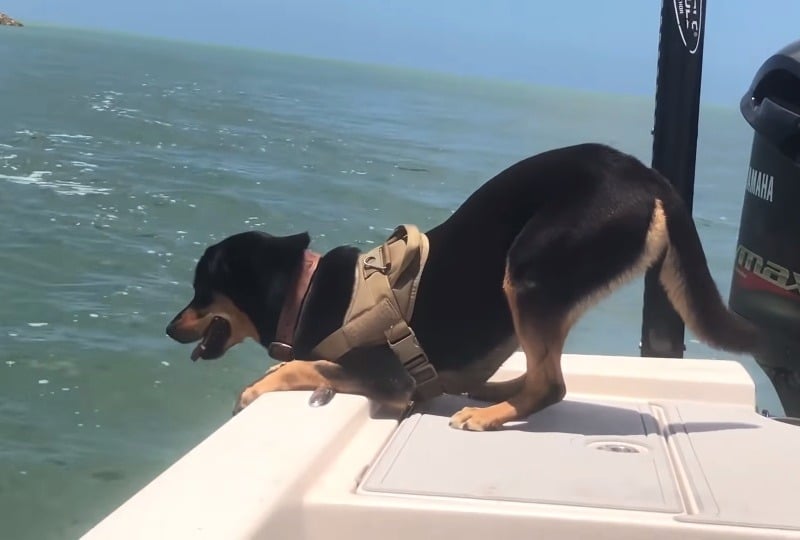 But what many people don’t know is that Lucy’s enthusiasm for her daily seafaring ways actually stems from being able to see her best friend, Gus. Gus happens to be a dolphin who lives in the ocean.

The day that Eileen was out on Cliff’s boat, was the day that she got to witness the adorable moment that two friends said hi to each other. She even got to get it on camera – the moment that the two did an almost nose boop with one another. 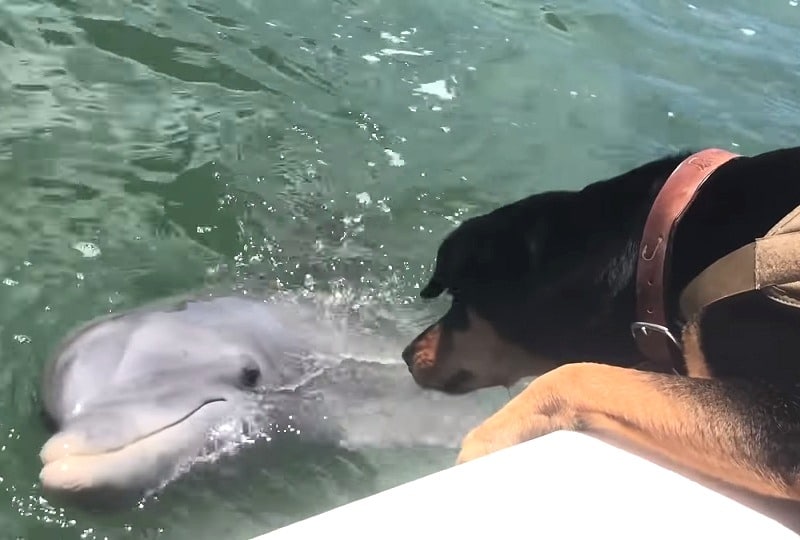 You can watch the cute little rendezvous in the video below: