How GreaterGood Is Flying Shelter Pets To Safety And Adoption

Since 1999, GreaterGood has been working to create easy ways for changemakers like you to make an impact, both in local communities and around the globe. In that time, we’ve raised more than $75 million dollars for a wide variety of charitable causes that provide aid to people, pets, and our beautiful planet.

Through shopping, daily free clicks, donations, and more, we’ve worked together to change the world one click at a time! And we can’t tell you enough how much we appreciate your support! Thank you for helping us reach this important milestone of $75 million raised for charity! Read on to learn more about one of the many ways you’ve helped us give where it matters.

GreaterGood was founded, in part, to make this world a better place for animals. One way we accomplish this goal is through Flights to Freedom, a sponsorship program that transports pets from overcrowded shelters where they risk euthanasia to safety in shelters where they’ll be quickly adopted. 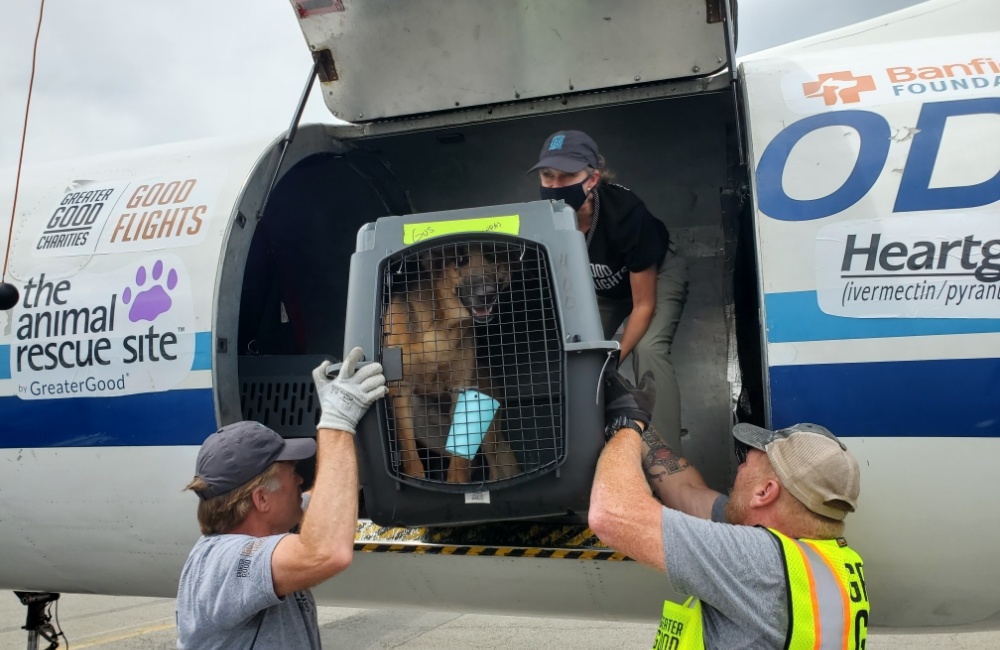 “Flights to Freedom are truly that and more – they are life-giving,” said Erin Robbins, Vice President, Pet Programs, Transport, for Good Flights, the Greater Good Charities’ program that operates Flights to Freedom with support from The Animal Rescue Site. “The shelter pets we transport are in desperate situations where their futures are uncertain and often grim.”

Flights to Freedom help animals like Bella, a basset hound saved from an overcrowded shelter in the South. Despite being a very good girl, Bella’s chances of adoption looked slim until 2015, when Bella became one of 162 shelter pets flown to safety on our very first Flight to Freedom! 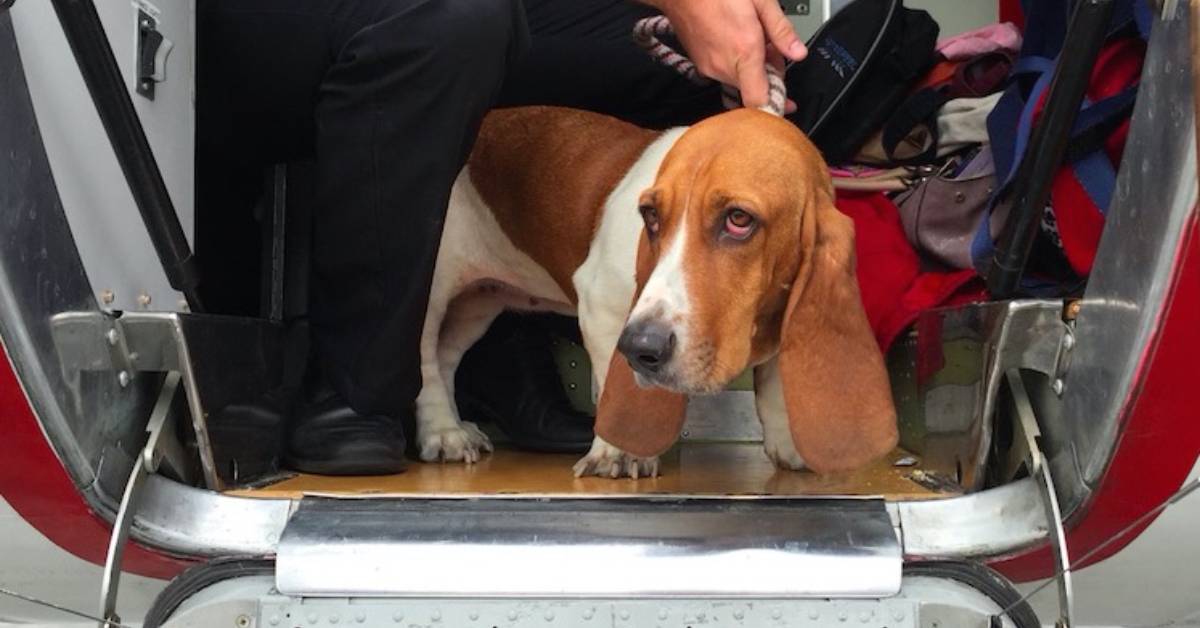 Bella got her lucky break because of Flights to Freedom. Photo: Greater Good Charities

Since then, Flights to Freedom have flown thousands of rescued dogs and cats to safety and adoption.

“At-risk pets are flown on Flights to Freedom sponsored aircraft to shelter partners that have the resources to give them care and find them loving homes,” said Robbins. “From rescue to rehome, their lives are saved. That is the simple truth about this program.” 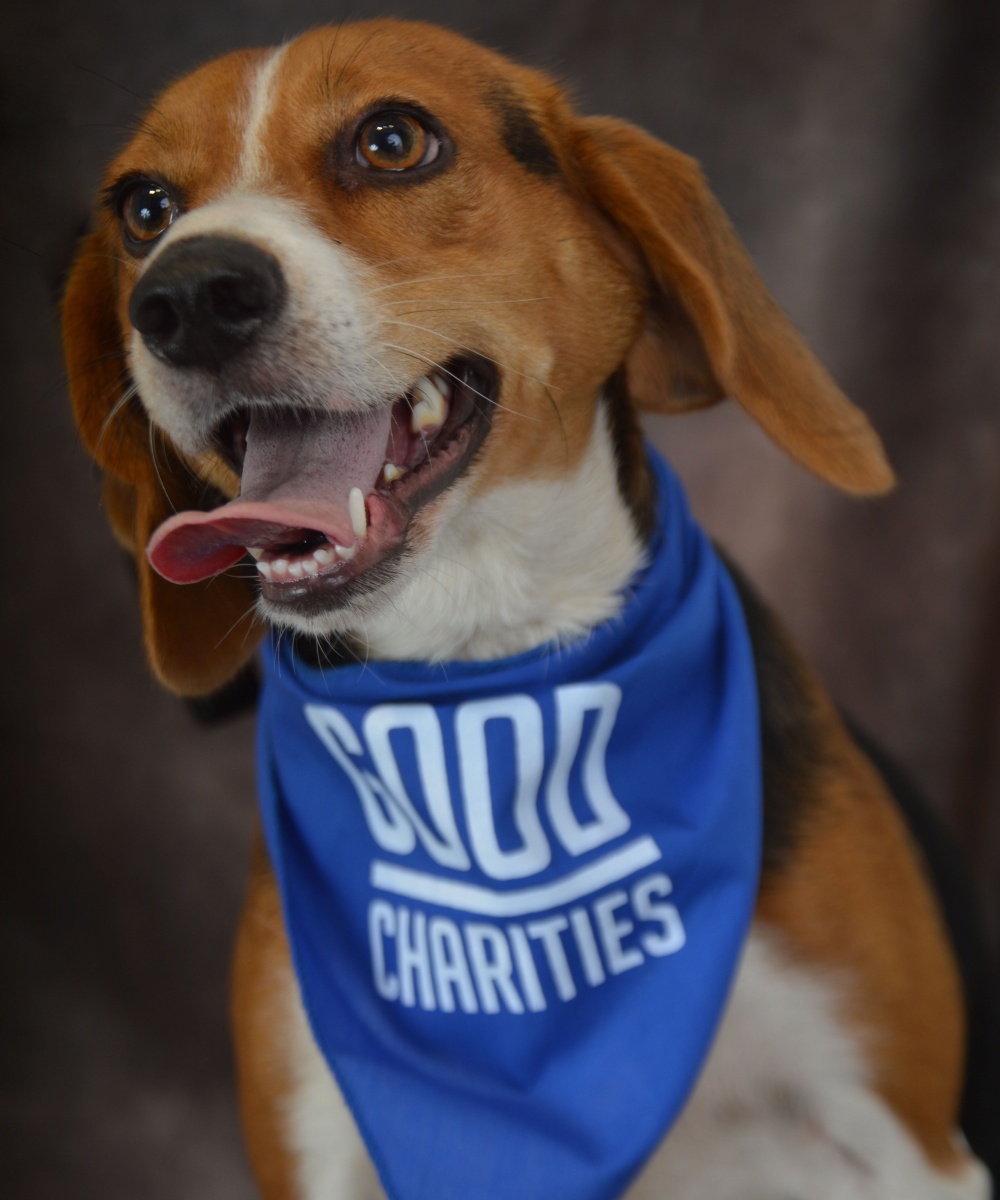 However, we couldn’t have saved all these animals without help from GreaterGood readers, whose daily clicks, donations, and shopping have helped us get these flights in the air. Since Flights to Freedom began in 2015, you’ve helped us raise nearly $3 million dollars for this critical program.

Today, most of our pet passengers come from shelters in the Southeast, where hurricanes, heartworm disease, shelter overcrowding, and low rates of adoption leave animals in danger. 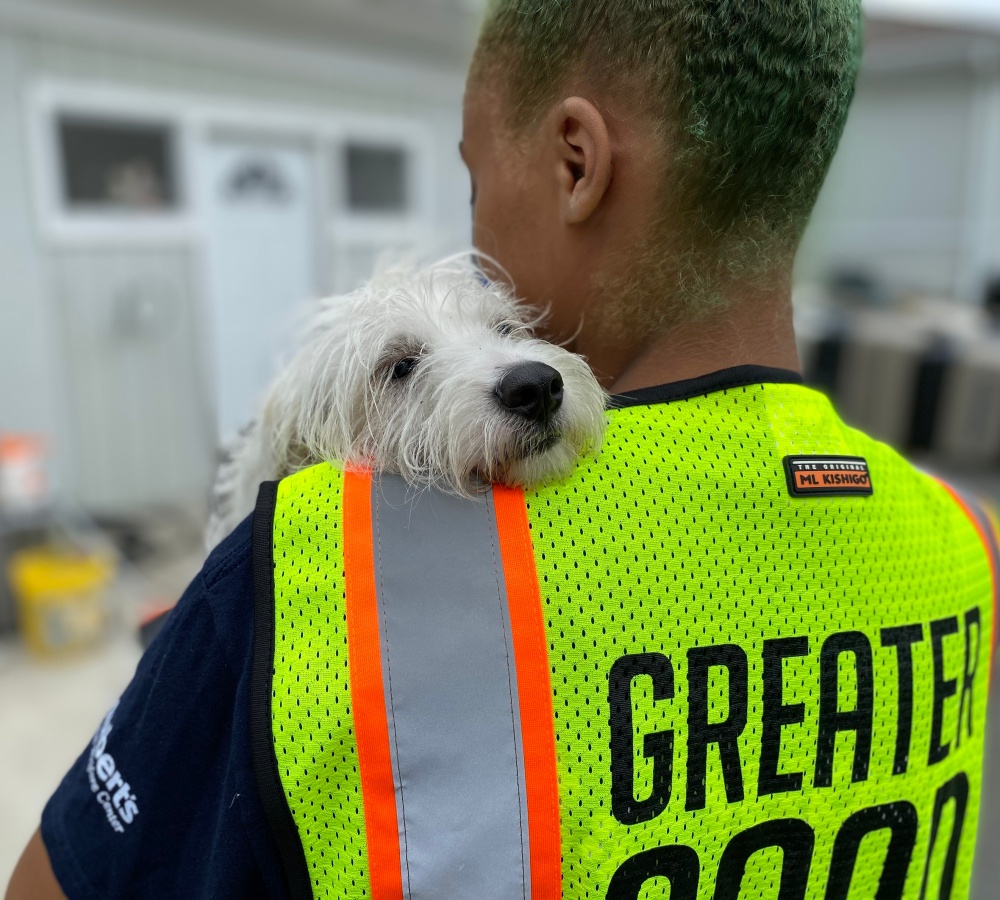 This includes animals like Spud, a Louisiana stray found with a gunshot wound in his back. After Spud’s wounds were healed, the friendly dog was booked on a Flight to Freedom traveling to Idaho, allowing Spud to find a forever home. 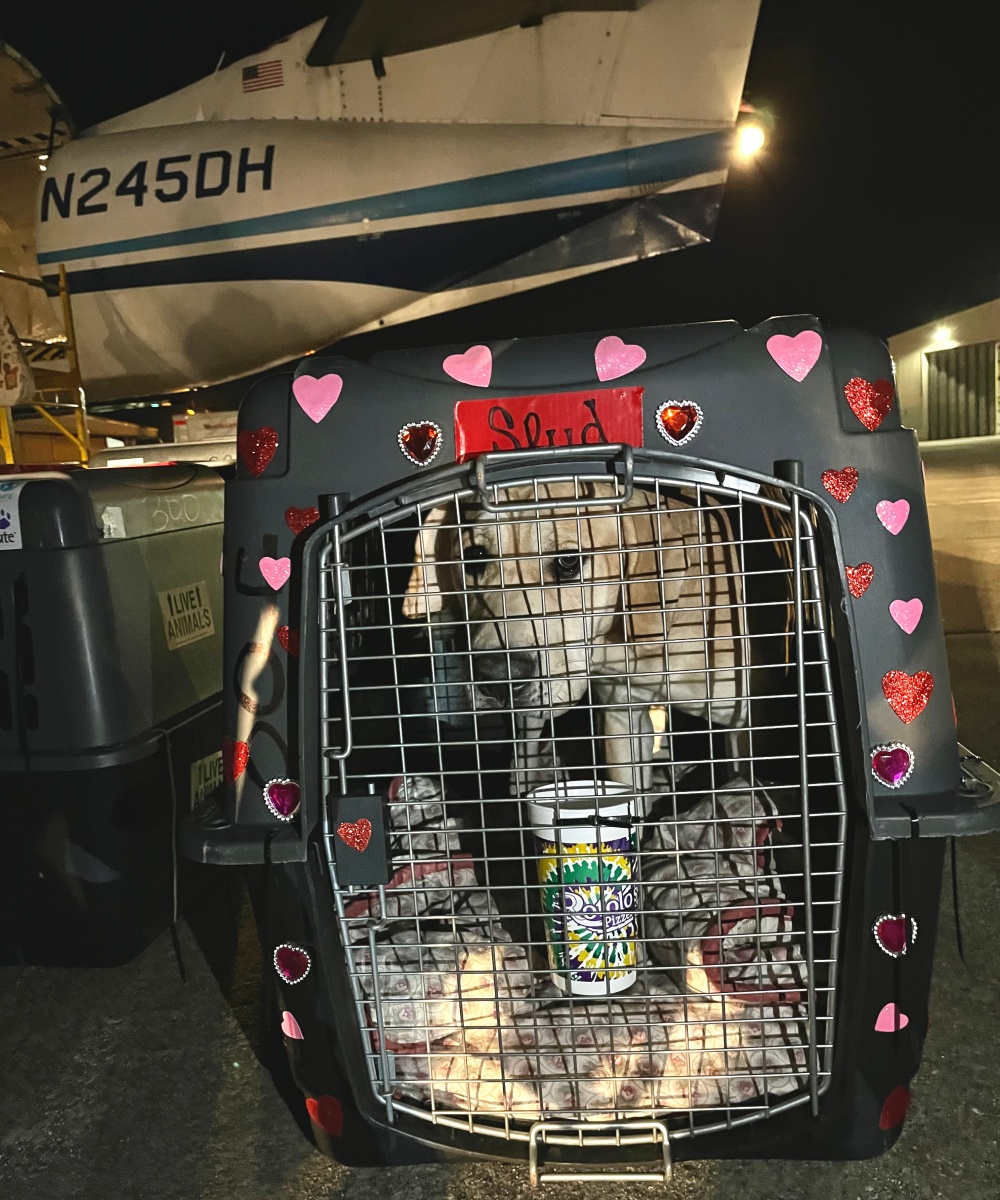 Another dog, Lily, got a second chance through Flights to Freedom. After riding out Hurricane Ida in Louisiana with a good Samaritan because the shelters were full, the one-eyed dog boarded a Flight to Freedom bound for New Jersey, where she quickly got adopted. 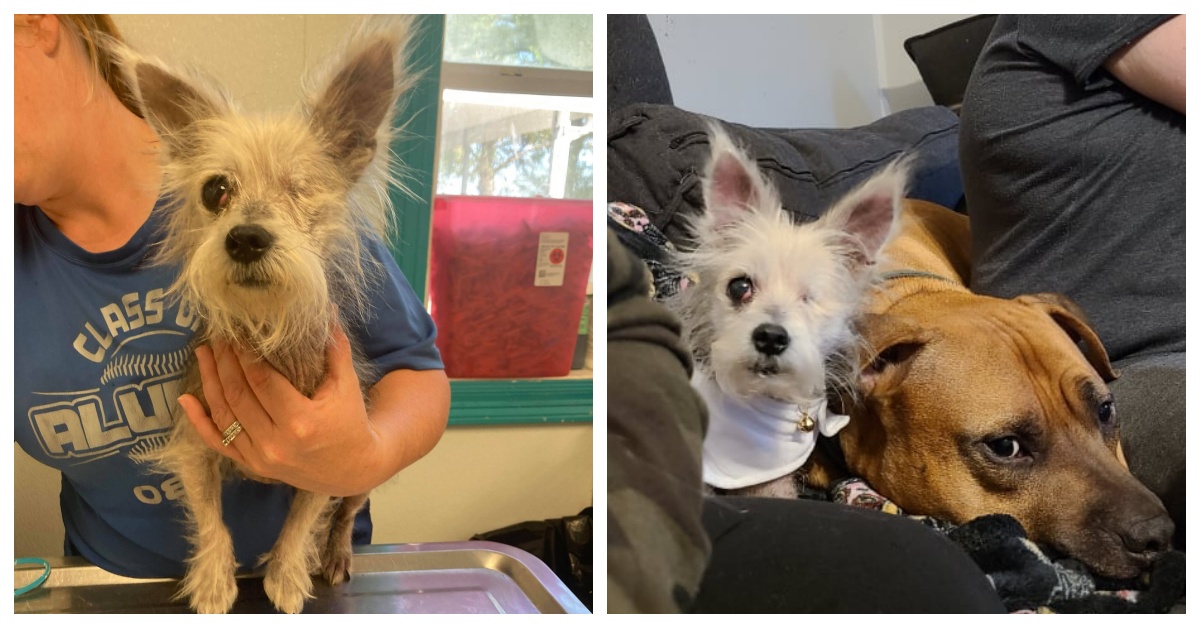 Flights to Freedom also saved Sammy, a loving dog who was surrendered to a shelter partner when his family moved away. Sammy was a very good boy and highly adoptable, but he was also heartworm-positive.

This placed Sammy at high risk at the shelter in Louisiana, one of America’s leading states for heartworm infection, where resource-strapped shelters often lack the space, time, and money to treat sick animals. This leaves heartworm-positive shelter dogs at high risk of euthanasia. 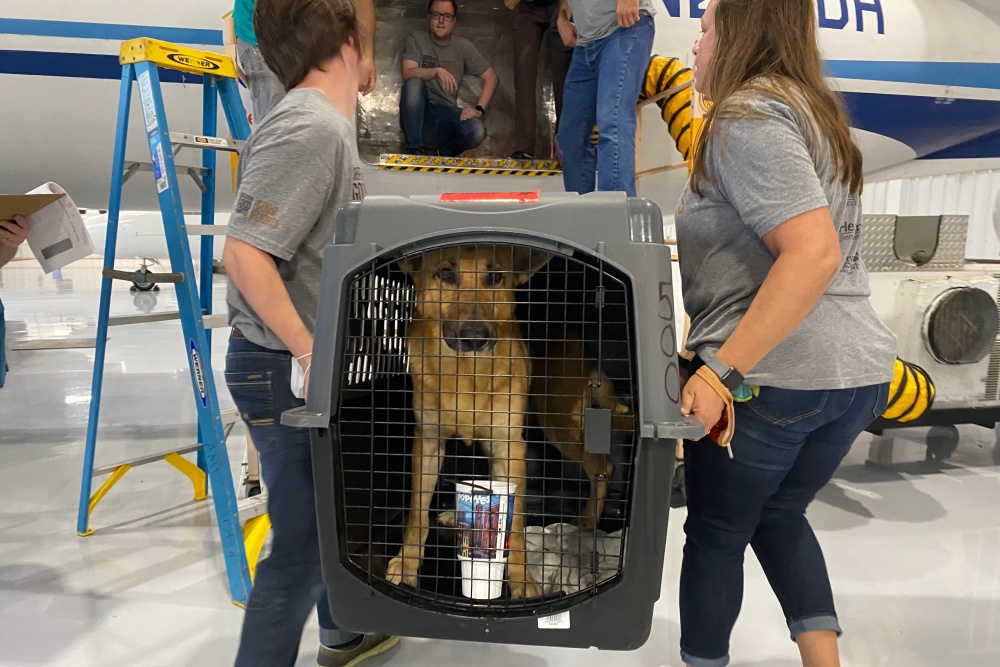 Thankfully, Sammy, by traveling on a Flights to Freedom, was transported into the care of a shelter partner in Florida. Here, through Good Flights’ Save A Heart program (founded in 2021 to provide transport and critical medications to help save shelter pets from asymptomatic heartworm disease) Sammy got life-saving treatment! Both of these programs–which receive critical funding from GreaterGood readers–made his clean bill of health possible and helped Sammy find his perfect new family. 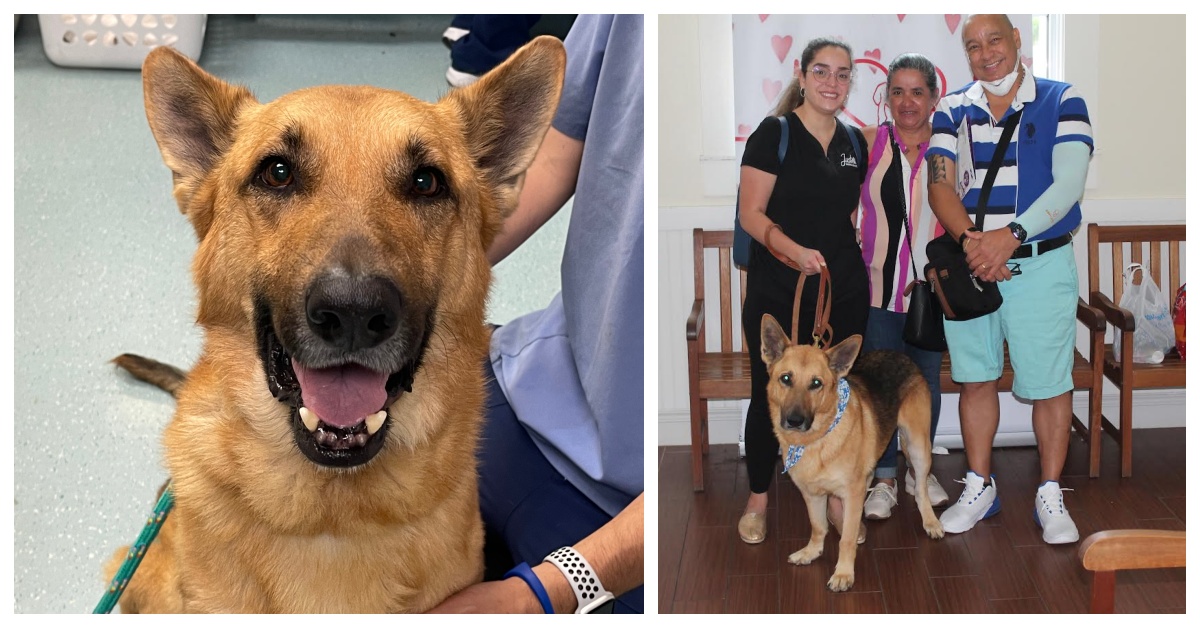 Sammy at his pre-flight vet check-up and post-flight with his new family in Florida. Photo: Greater Good Charities

Of course, these adoption stories wouldn’t be possible without support from our GreaterGood family, whose daily clicks, donations, and shopping provide critical support for Flights to Freedom. “Each donation matters and ensures a chance at a bright future,” said Robbins. “We are reminded of this every time we look into the eyes of pets who are on a Flight to Freedom.”

Thanks for helping us give Bella, Spud, Lily, Sammy, and thousands of other shelter pets a second chance at life! Please make a donation to support our next Flight to Freedom.

Want to know more about all the ways we’re supporting causes you care about? Learn more here.