Esther, a 650-pound pig, was bought by her owners when she was just six months old. They were told that she wouldn’t grow to be more than 200 pounds, but boy were they wrong! But her growing so big just means there’s more of her to love! Her humans, Derek and Steve, take amazing care of her and shower her with affection. 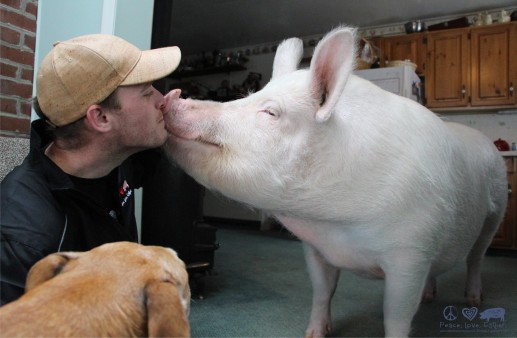 She loves to cuddle in the house with her humans and two dog siblings. She gets hand-fed and is a pretty spoiled pig! She became a social media sensation and now lives with her humans on a 50-acre farm in Ontario, Canada. They also started an animal sanctuary called Happily Ever Esther where they take care of nearly 40 animals! 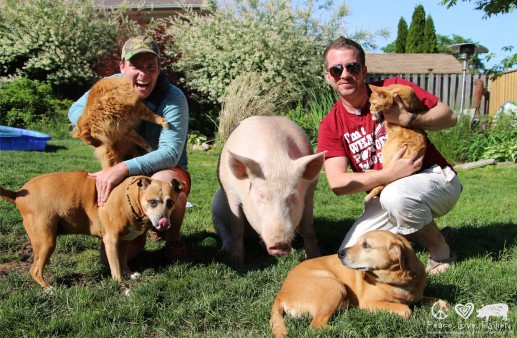 Many people think that the cute tiny “micro” pigs that they buy will stay tiny forever. But that is hardly the case. There really are no such thing as the so-called “teacup” pig. And sadly, when people learn this the hard way, they wind up abandoning the pig. Before adopting or buying a pig, you should make sure you’re able to take on the responsibility of a pig who will grow to be a couple hundred pounds!