In a dark and dilapidated factory farm in Sacramento, 50,000 hens were abandoned and left to die in locked battery cages with no food or water. The California heat coupled with the horrific conditions caused the environment to become rapidly contaminated and even more deadly. Hens were covered in excrement and suffering ammonia burns from walking and laying in urine. The tortuous conditions led to rapidly perishing hens, dying horribly of sickness, dehydration, and starvation. The hens who were still alive were left locked in cages with the decomposing bodies of the hens who had died.

Sacramento area animal advocacy groups did not learn about these conditions until the animals had already been trapped for two weeks. When the groups were alerted, they organized an emergency rescue with volunteers and workers from around California. When rescuers arrived at the factory, the contamination inside was too dangerous for most workers to even enter the building. Specialists protected with suits and masks had to remove the birds from the deadly, bacteria and parasite filled environment. Only 5,000 of the 50,000 hens were still alive by the time rescuers were made aware of the abuse and abandonment. More than 45,000 dead hens were buried by animal aid workers. 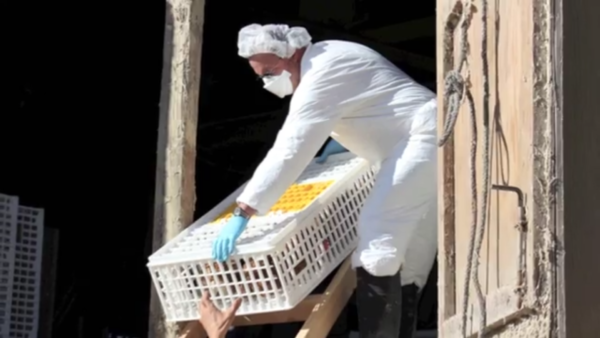 Workers and volunteers united to save as many of the remaining 5000 animals as they could.
They immediately started working to clean the birds of filth and excrement and tried offering food and water to the frightened animals who were well enough to eat. Workers and volunteers tenderly carried the sick and suffering birds and held them to try and comfort the terrified animals. Seeing the birds’ reactions to compassionate touch and loving attention, many of the workers burst into smiles and tears. 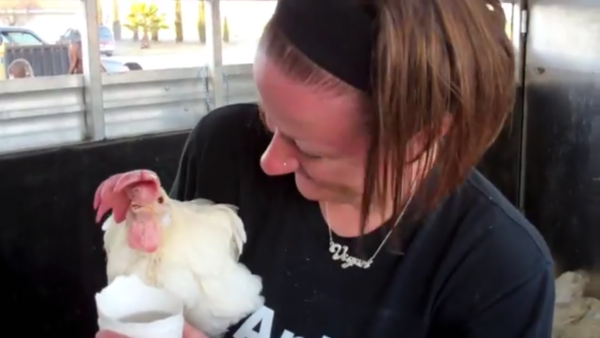 After the surviving birds were removed, cleaned, and examined, they were ready to travel to their new homes to continue recovery from the pain and trauma of their pasts. 4,500 hens survived the horrific ordeal, and they were taken to live in peace and sunshine for the rest of their lives at several sanctuaries throughout California inckuding, Harvest Home, Animal Place, and Farm Sanctuary. Here these naturally sweet and social birds could be seen joyfully walking in cage free pastures, enjoying food, water, sunshine and companionship with other rescue animals. 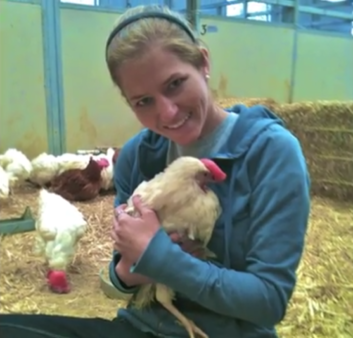 Learn more, and see the intense emergency rescue effort in this video!