English Bulldog Born With 5 Legs Looking For A Family

Ellery Max is an adorable English bulldog that was born with five legs. 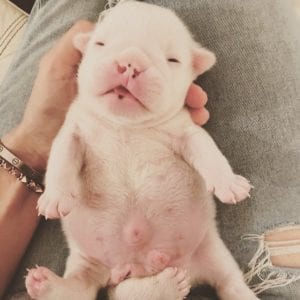 A breeder in Southern California was the human responsible for Ellery’s birth. She contacted the local shelter when she saw the extra leg. She was willing to give them Ellery because she didn’t have the time to take care of him.

The shelter got the owner of The Labelle Foundation involved, Laura Lee Labelle. She was surprised when she found out about the dog’s extra leg but she was quick to accept responsibility for him. 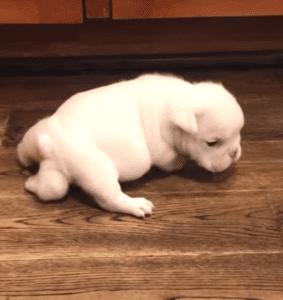 Ellery was brought over to Laura’s house and they told her that the dog might only live a few hours. Laura didn’t waver in her determination to keep the puppy alive.

Since Ellery was dealing with some developmental delays, Laura made sure to watch him carefully. He had a difficulty ingesting formula but with a lot of patience and coaxing from Laura, he was able to drink. 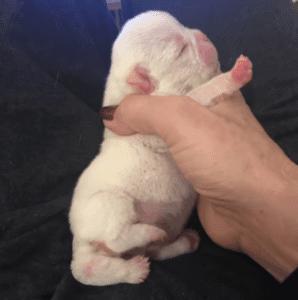 It was a while before the dog opened his eyes. Most healthy puppies have their eyes open at 10 days but Ellery was three weeks old before it happened. 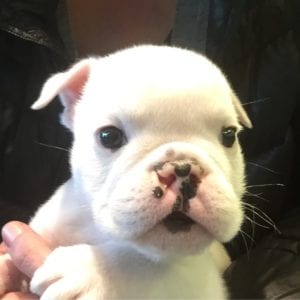 Against all the odds, the dog continued to grow and get stronger. 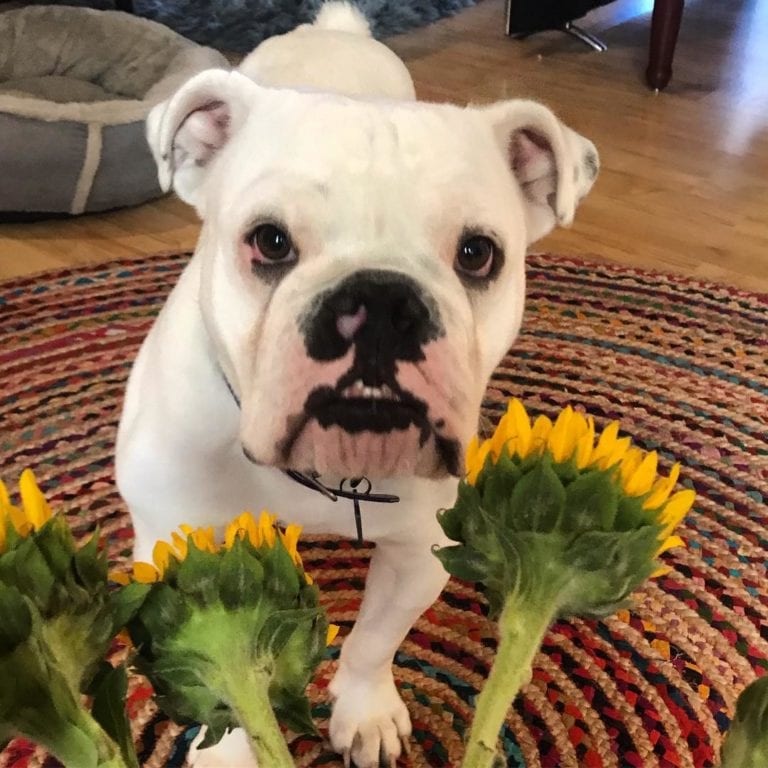 Ellery was also a very friendly puppy who loved both people and other animals. It’s a good thing because Laura always has foster dogs in her home and Ellery was excited to meet all of them.

“Ellery is the sweetest, most loving, protective big lump,” Laura said. “We have a million puppies come and go from our house, and Ellery just loves everybody.” 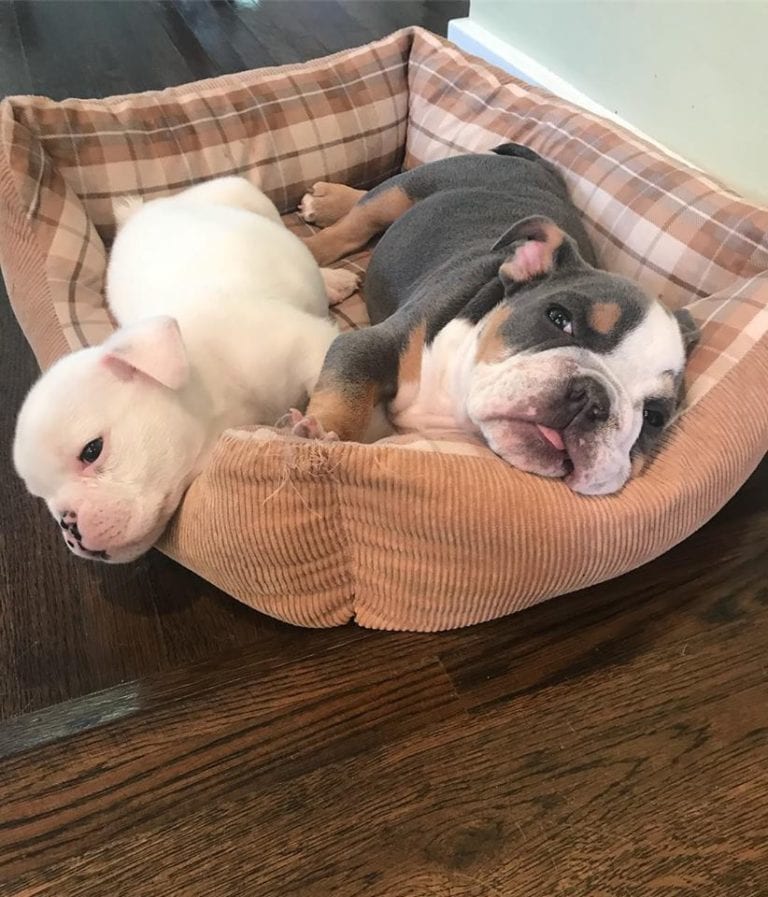 His fifth leg continued to grow as he grew but when it stopped growing it started to rub against his back legs. It made it difficult for him to walk because it was irritating his skin. Laura then knew that they would have to remove the leg surgically.

The surgery was a great success and after the dog recovered, he could run and play like any other puppy. 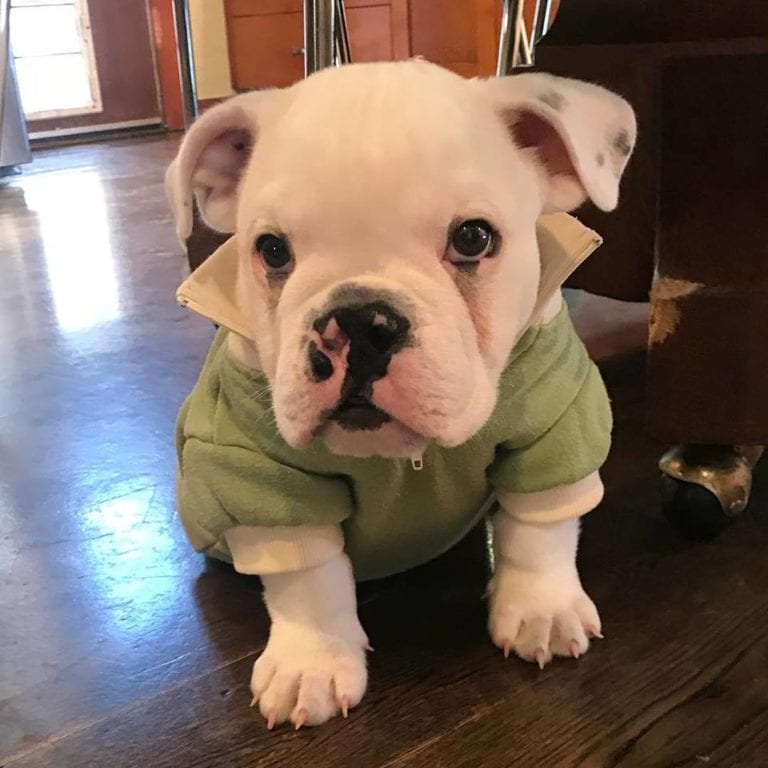 It wasn’t long after the surgery occurred that Ellery was with the Road Dogs and Rescue group. They take care of bulldogs with medical problems to help find them a new home. They are also determined to find the right home for Ellery

“Ellery’s joy for life is contagious. He is an extra special, some say, miracle boy. He overcame the odds, he was born with, because he knows he was meant to live. And to LOVE! And we believed in him! He loves his people…He loves to give hugs when you come home. He loves car rides. He will love you and to share his joie de vivre with you!” Road Dogs and Rescue wrote on their website.

Ellery Max for Adoption! Yes, he has a great smile but we are still looking for an amazing home for this bulldog boy. He needs a strong pack leader who knows how to set boundaries and while we may consider a local Los Angeles home with another mellow dog, we are ideally looking to place him as an only dog. Just because he can be bratty sometimes (but not as bratty as Magnus whom he is actually hanging out with in last pic! ) He is currently with trainer @robertvillaneda so please consider making a contribution towards his care. It’s $50 a day. We also have Magnus and Brando in board/train too as we just don’t have fosters for behavioral dogs. The only alternative is kennel boarding which I won’t do. The most important thing for behavioral dogs is to socialization and communication. If interested in adopting Ellery please fill out the app on our website. www.roadogsandrescue.org Link to donate in bio Or Venmo : roadogs Please REPOST ❤️

Ellery had to overcome a lot of problems but with love and TLC, he is doing very well.