Some parents give their kids tablets with games on them to entertain or educate them. Cat parents are doing the same, but the cats are – as usual – the source of entertainment for the parents.

Cats are curious animals that are intrigued by bugs. They love to bat and paw at them and attempt to catch them. Four cats in Malang, East Java, Indonesia gathered around a cell phone in an attempt to catch a bug crawling across the screen, but it wasn’t real. 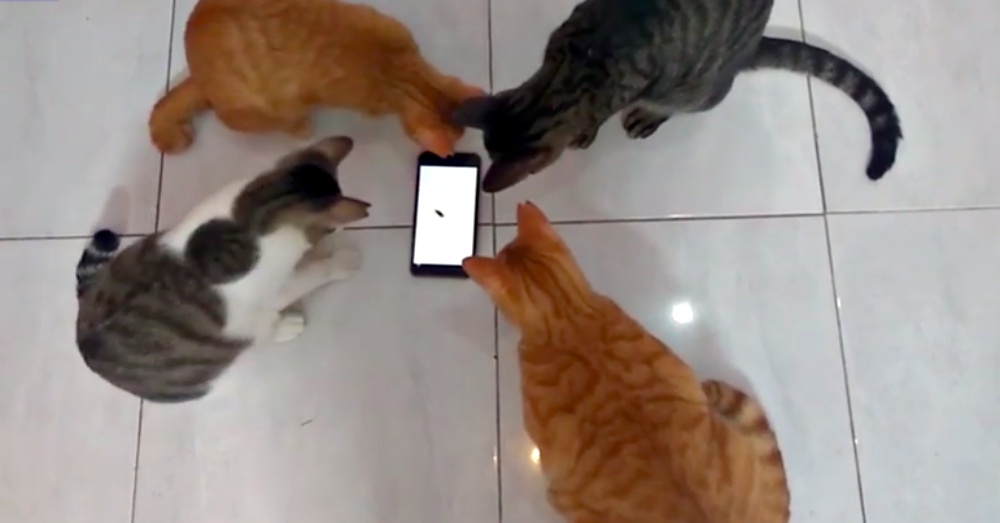 The two ginger cats starred intently as the other two tabby cats batted at the bug. For a moment, one of the cats thought they captured the bug with its paw, only to lift it and see the bug was not there.

With the odds in their favor, 4 to 1, they were baffled as to why they could not catch this tiny bug. 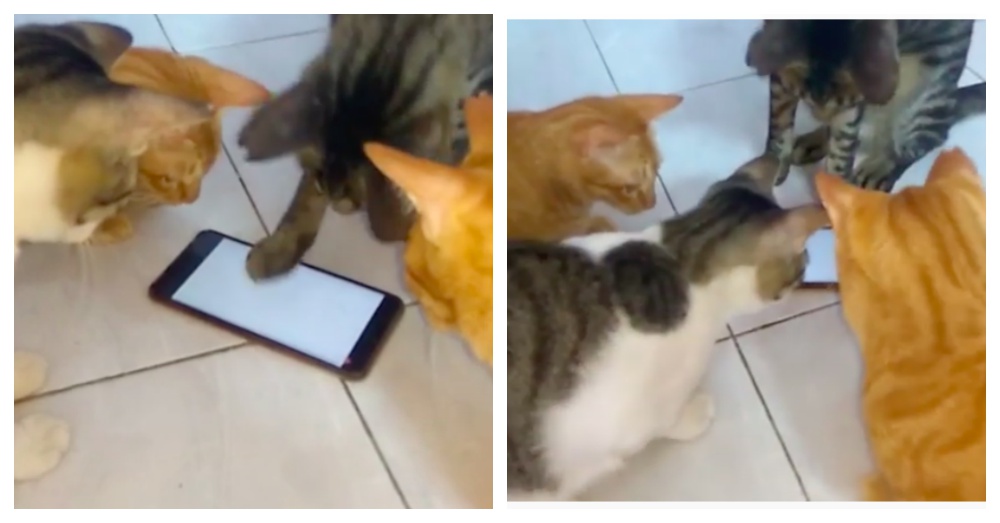 The hilarious video went on to show the cats try and lift the phone to see if the bug was underneath. They continued to push the phone along the tile floor as they chased the elusive bug.

The video ended with the cats still pursuing the bug. Hopefully, they are rewarded for their valiant efforts with a treat. 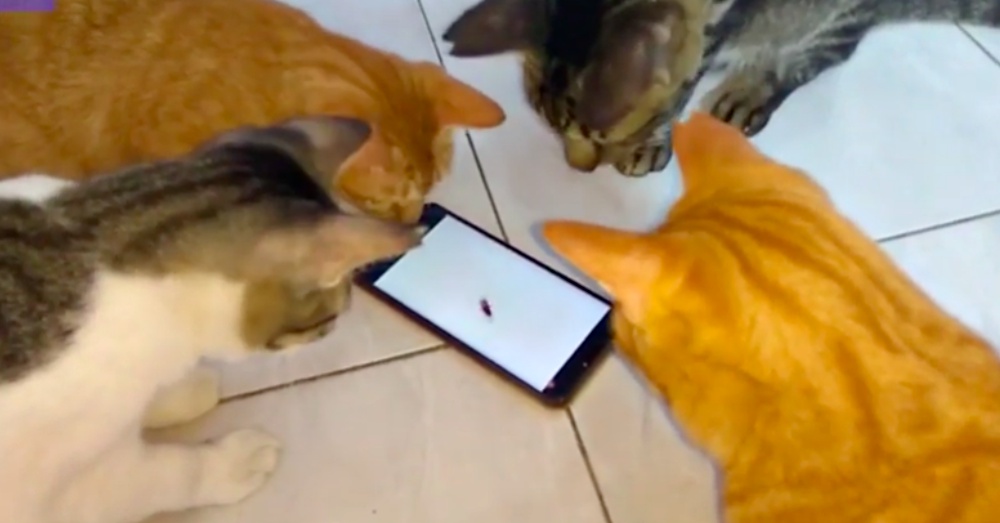 There are multiple cat apps that parents can use to entertain their cat and themselves. Some are bird videos for cats to watch and some are interactive. The interactive ones have various bugs, mice, and fish that cats can attempt to catch.

While experts say that these games can be fun, you should still offer real toys for your cat to play with.

Watch the hilarious video below and share with all your cat-loving friends!