Technology has really changed our lives but it has also changed the lives of dogs. A good example is this nine-year-old dog who, thanks to 3D printing, has a new skull and is cancer-free.

Patches is a dachshund who had cancer. Researchers at a Canadian university were able to help him feel much better.

Dr. Michelle Oblak is a veterinary surgical oncologist with the University of Guelph’s Ontario Veterinary College. She worked along with Galina Hayes, a small-animal surgeon from Cornell University. They devised a way to remove the tumor growing on the dog’s skull and replaced the missing piece of the skull with a 3-D printed plate. Medical technological company Adeiss made that 3-D printing possible.

According to the University, this is the first time it was done in North America.

Patches suffered from a large cancerous tumor on the front of her skull. It was pushing close to her eye socket and was dangerously close to the brain. As it grew larger, the weight of it began to push her head down and it continued to grow into her skull, according to the University. 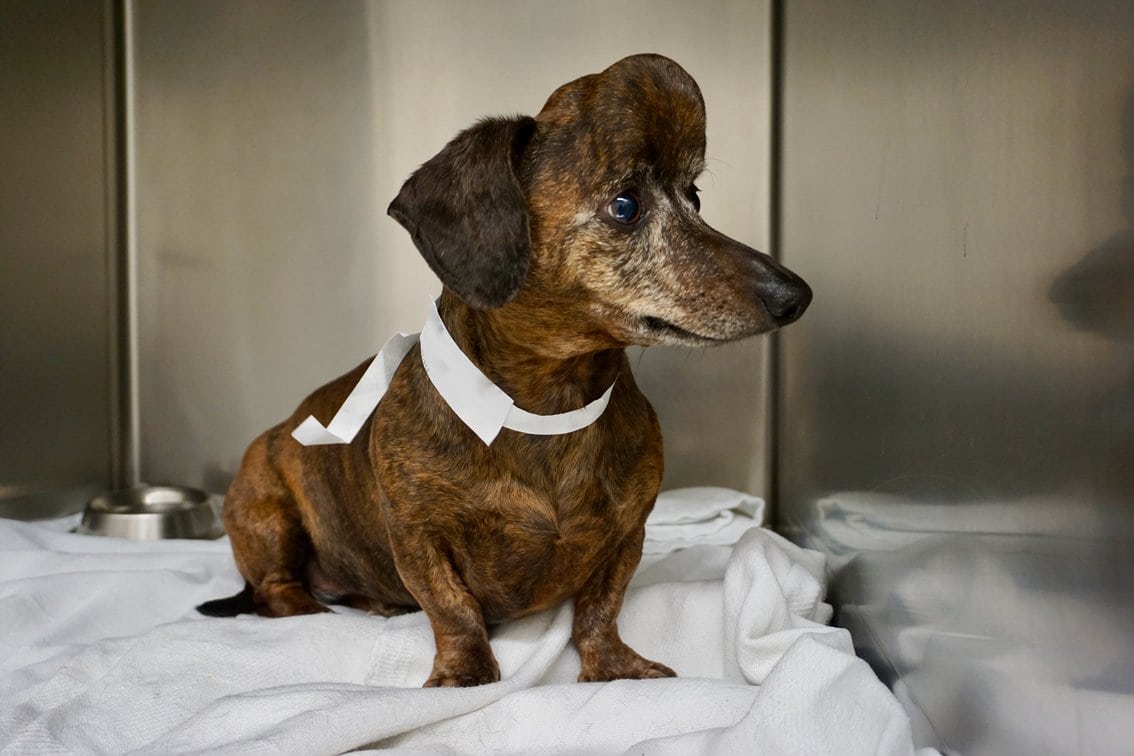 The dog’s tumor was mapped out by Oblak using rapid prototyping and 3-D printed implants to reconstruct Patches’ skull. A 3-D printed model of the tumor and skull were used for practice.

“I was able to do the surgery before I even walked into the operating room,” Oblak said in a statement from the university.

Oblak couldn’t say enough about the technology, even adding that the plate used to replace the missing pieces of skull were designed specifically for the dog.

“What was really interesting in this case was the fact that we were instead able to take those scans, and actually create a plate that fit perfectly to this dog,” Oblak said.

The creation of a plate to replace pieces of the missing skull is a generic process, but the same is not true when it comes to 3-D printing. In the standard process, a titanium mesh is made into a general model and then modified for the patient. 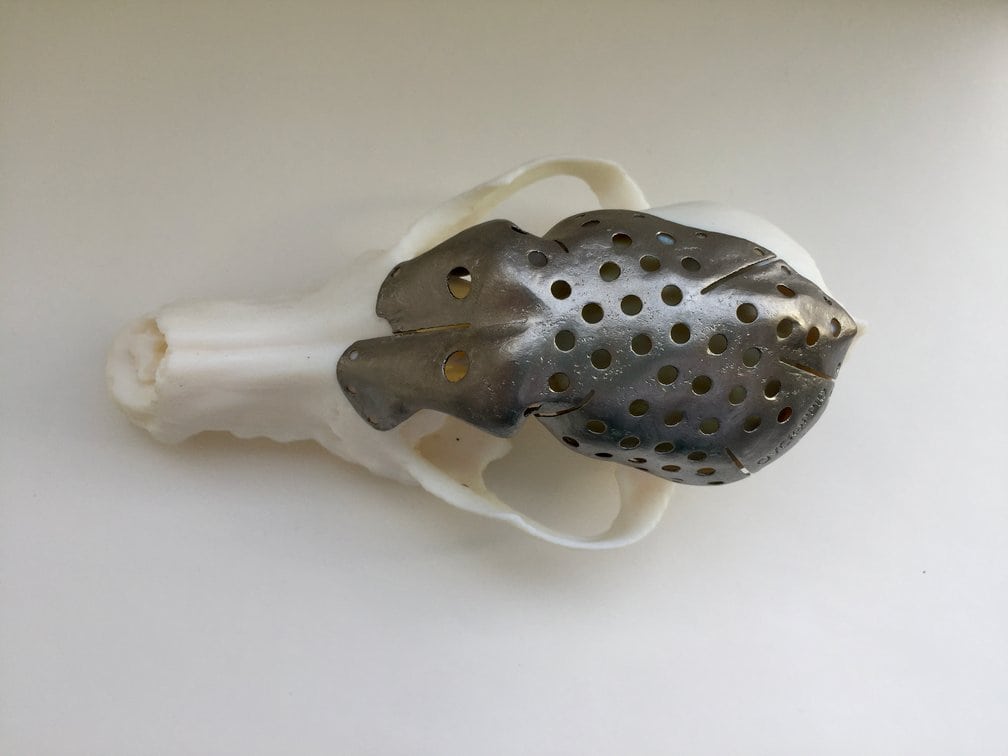 Oblak also talked about the possibility of using this technology for humans.

“What’s really great about this is that we’re able to use this cutting-edge technology in our animal patients, but we’re also going to be able to contribute valuable information so that this can be used in humans, as well,” she said.

3-D printing has been used for replacing jawbones and vertebrae in the past. Major surgeries have also been practiced using 3-D models.

You will be happy to know that Patches is now cancer-free for six months, and her owner, Danielle Dymeck said that the surgery was a success. Shortly after the procedure, Patches slipped a disc in her back but her owner still remains positive. 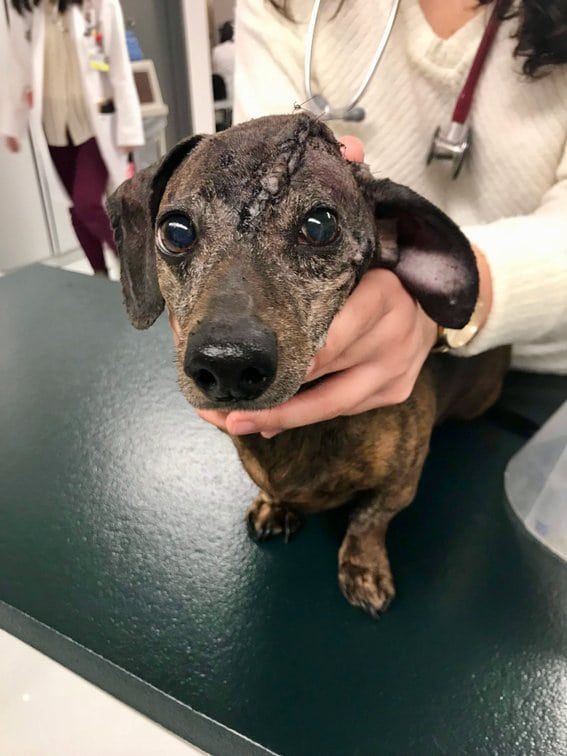 “She was just ready to be a dog again,” Dymeck said of Patches’ recovery. “Cancer research like they are doing is very important to both humans and animals.”