Texas police officers were called to investigate a property that was reported for animal cruelty. When the officers arrived, they never expected they would see animals in such poor conditions. The scene was heartbreaking.

Grimes County Sheriff‘s deputies returned with a search warrant for the property. The officers found 242 dogs that were living in squalor. Dogs were found living in rusted cages filled with their own feces in out buildings, cattle trailers, and abandoned vehicles on the property. “The animals seized include 242 various small dog breeds, such as Pomeranians, Min Pins, and Chinese Cresteds (both hairless and powder puffs),” posts Houston Humane Society. 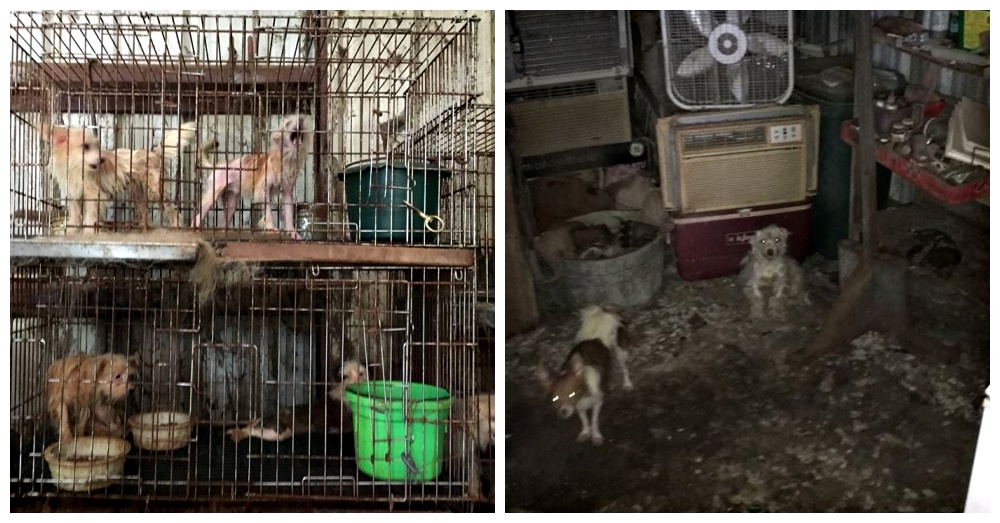 Upon entering a building, officers found 49 miniature and Shetland horses in deplorable conditions. Their hooves were curling from being so overgrown. All the animals were severely malnourished, covered in parasites and needed immediate veterinary care. 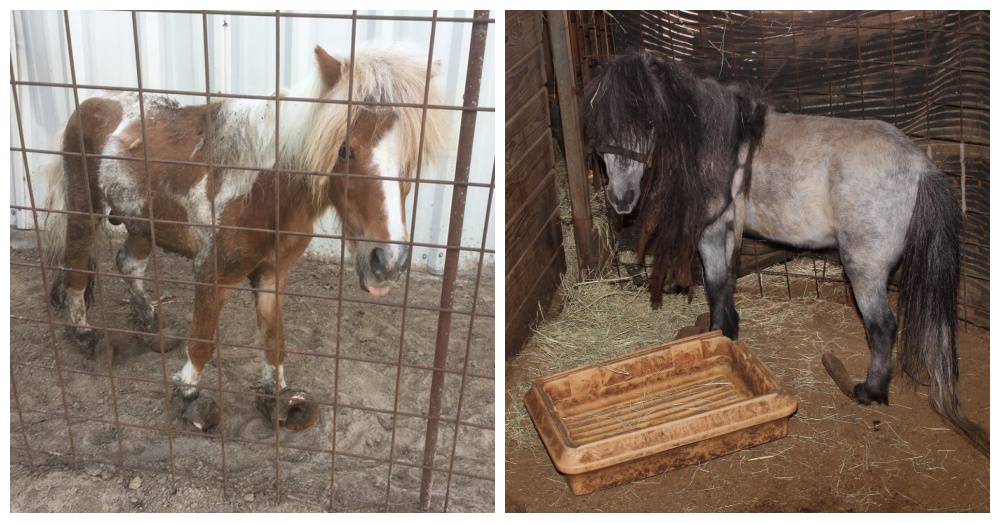 Sadly, the scene got worse when the officers came upon dead bodies of dog and horses at the edge of the property. Houston Humane Society and the Animal Investigation and Rescue Organization of Dallas helped to remove the dogs and horses. The owner voluntarily surrendered the animals. All of the animals were brought to a local vet to be examined. 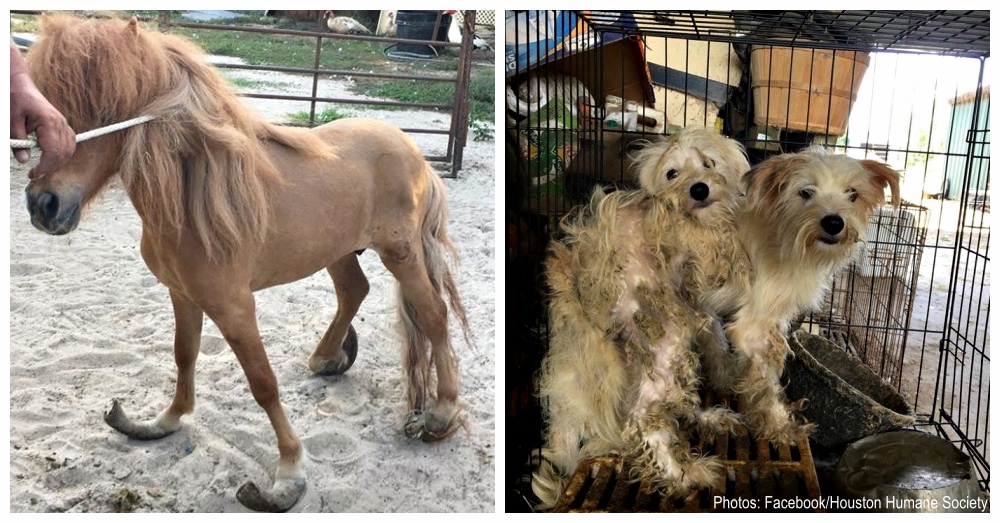 The shelter put out a plea to local groomers to help bath and groom all the dogs. All the dogs were matted and covered in feces. The response was overwhelming. “It was amazing to see mobile grooming vans lined up at the shelter Friday, Saturday, and today, as well as numerous portable grooming tables set up around the shelter.”

The investigation is ongoing, but criminal charges are expected to be filed by the investigators.

Remember to be the voice for the voiceless. If you see or hear about animal neglect or abuse, report it! You can make a difference.

One Year Later, This Missing Pit Bull Finally Managed to Find His Family: Click “Next” below!