When warnings were first issued for Cancun, Mexico, he took all the necessary precautions and trimmed back trees, secured loose items, and stocked up on essentials. However, he is not just providing for himself but for over 300 rescue dogs, countless cats, hens, goats, horses, and many more farm animals. 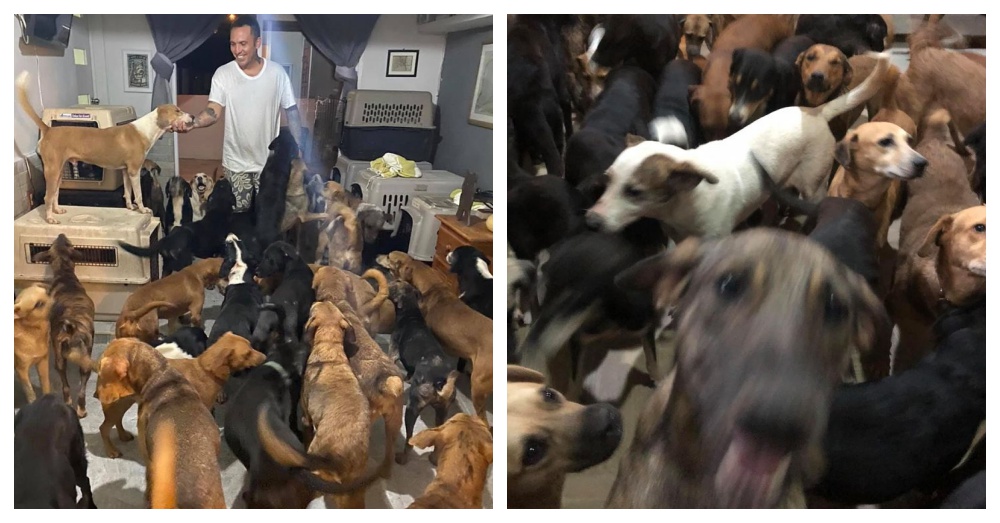 He purchased as much food for his rescue animals as possible and posted, “***Friends, as we write this, we are scrambling to get supplies as we are now basically in the direct path of Hurricane Delta 😰***”.

Staff members helped secure the farm animals in safe locations and provided them with adequate food and water. Over 300 dogs, cats, bunnies, and other various animals were brought inside Ricardo’s home to ride out the storm.

Ricardo posted videos and photos for his followers to see that all the dogs were safely inside his home and getting along fine.

“When this hurricane is over, we’re going to need a lot of help stocking up on food and most likely to repair damage. Please consider making a donation to Tierra de Animales.”

The avid animal lover has rescued abandoned and abused animals for years and couldn’t imagine leaving any animal out in harms way. He urged others in the area to please take in any stray animals until the storm passes. The sanctuary wrote, “Stay safe, local friends! Take in a street dog/cat or several to keep them safe too!” 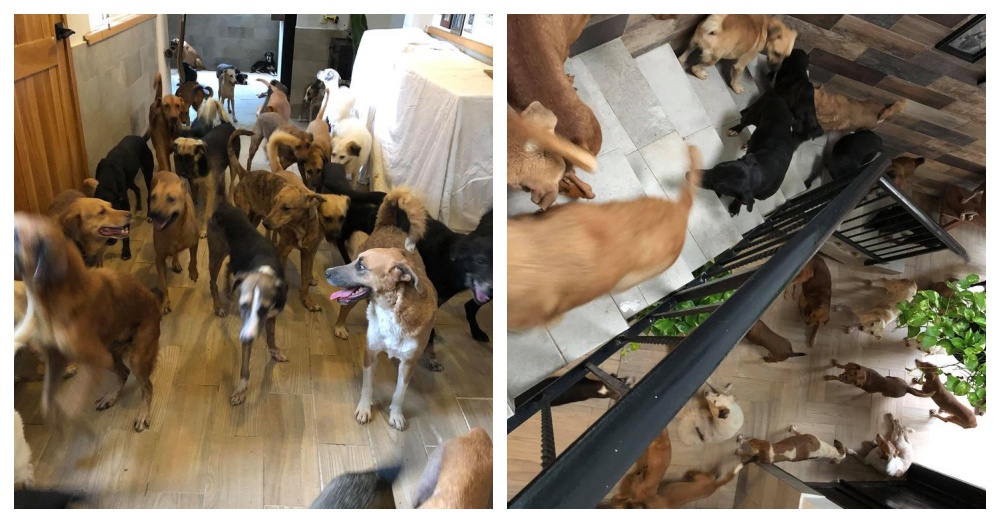 Hurricane Delta has made landfall along the coast of northeastern Mexico with winds gusting at 110 mph. The storm is expected to bring heavy rainfall which could cause flash flooding in addition to the damaging winds.

So far, the dogs are taking the storm in stride and are remaining calm.

The photos of all the rescue dogs in Ricardo’s home have gone viral with thousands of people praising him for his compassion towards animals. One person said, “Without a doubt you are a great human being!!!”

Follow Ricardo on Facebook for updates on the status of the animals and how the sanctuary fared in the coming days.