This toy poodle, named Bobb, belonged to homeless owners who hadn’t been able to take proper care of him for a long time. He had never been groomed in ten years, so you could imagine how matted his fur was.

Synergy Animal Rescue took him in and tried to groom him. His fur was so tightly matted that some of it cut off his circulation on one of his legs and self-amputated it. After shaving him, his other injured front paw was revealed. That paw, too, had lost circulation and was just dangling, so vets had to amputate it. 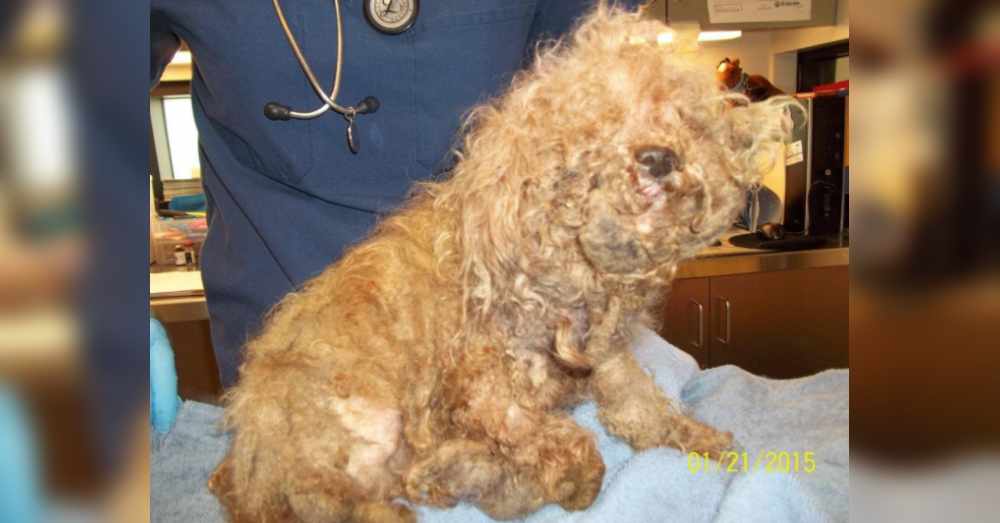 They also pulled many of his teeth out, as they were rotting and in bad shape. After his grooming session, he looks like a whole new dog! 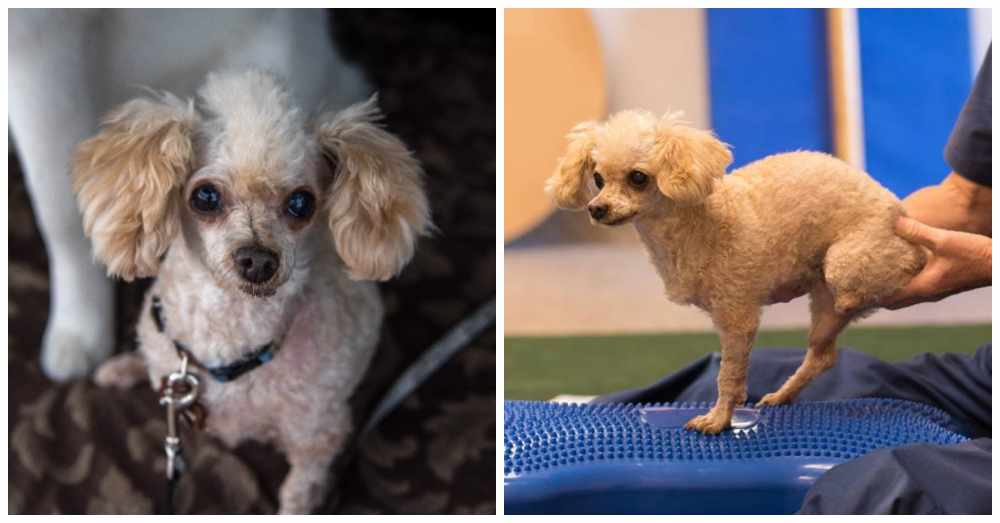 A woman named Megan Lundberg thankfully adopted Bobb and is taking great care of him. To keep him strong, Bobb will receive physical therapy. She is looking into getting him prosthetics, but for now, it would cause him too much pain. In the meantime, he has acclimated to hopping around on two legs, and he does it with ease! Despite all of the hardships that Bobb had to endure, he is a very playful and energetic pup. “Within a month we were seeing signs of him relaxing, settling in, and learning how fun it is to be a dog. He started to show signs of play, and he became more curious and wanted to explore and investigate his new world more,” Lundberg told Inside Edition. She Spotted An Animal In The Road That Was So Badly Matted, She Couldn’t Even Tell What It Was: Click “Next” below!