The Pasadena Humane Society is looking for the owner of a huge cat that was turned in last week. The cat being called “Chubbs” was found by a good samaritan walking on a busy street in Altadena.

Weighing in at a whopping 29-pounds, he is the heaviest cat the shelter has had. During his evaluation, they found he was in desperate need of grooming. It took professional groomers 2 hours to remove the painful mats from his back. 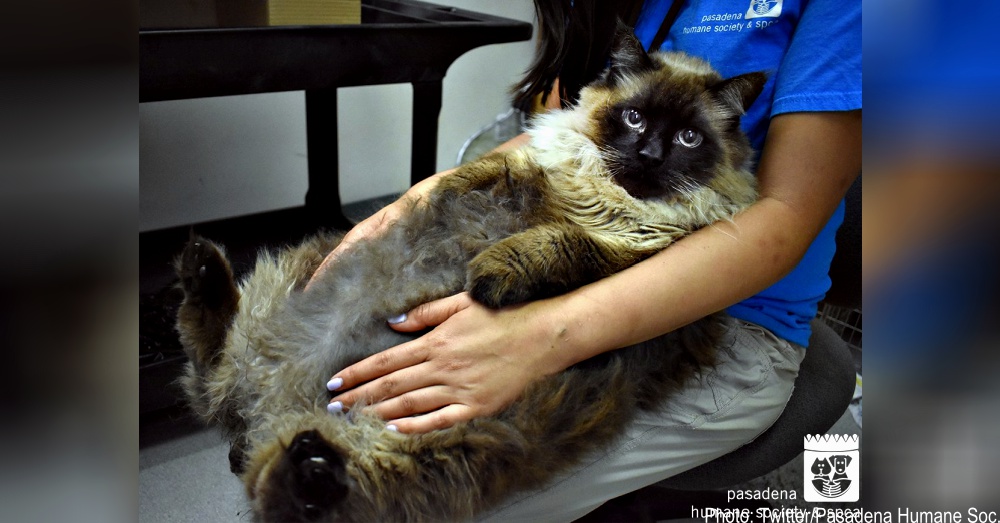 Pictures were posted to social media to help find his owners, since he did not have a chip or id tags when he was found. He became an internet sensation because of his size and adorable face. He is thought to be 10-years-old and a Himalyan-mix.

“HUGE CAT ALERT: A 29lb cat recently arrived at the Pasadena Humane Society & SPCA as a stray in desperate need of grooming. We are currently looking for his owner. If no one comes forward to claim him, he’ll be available for adoption on Sunday at 11am,” was the tweet that made Chubbs famous. 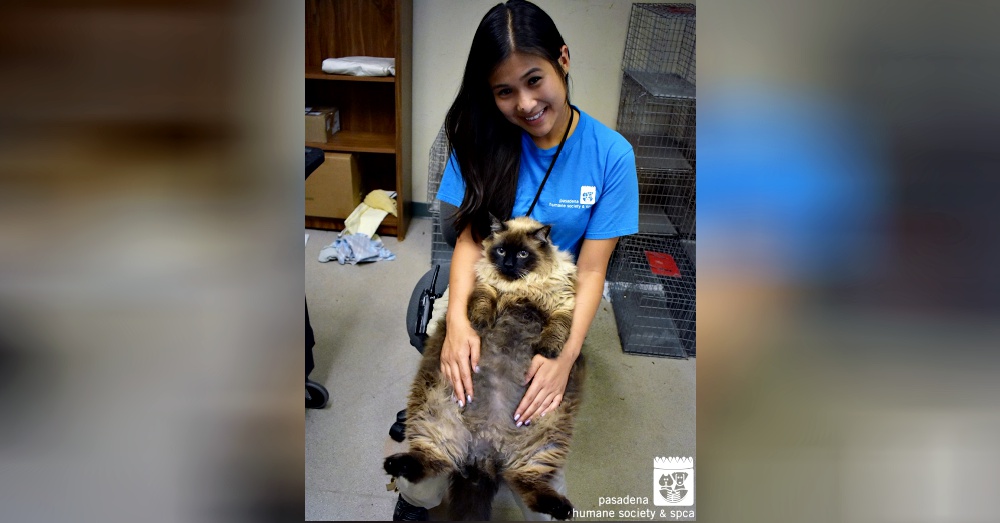 Chubbs is receiving excellent care and is said to be a very friendly cat. Because of his size, he is unable to fit in a normal kennel, so he is an “office cat” for now.

Since posting the picture, the shelter has received multiple calls claiming to be the owner of the cat. Currently, they are investigating each inquiry. If none of the callers turn out to be his owner, he will be put up for adoption.

Last Month, A Woman “Rescued” Two Young Bobcats From The Wild. Weeks Later, Both Animals Were Dead.: Click “Next” below!