270 dogs, mostly Chihuahuas and Pomeranians, were found in deplorable conditions in the basements of the homes that were divided into a breeding area and sales area. The dogs were crammed in small wire cages and many had muffled barks.

A spokesperson for the police said, “Some dogs had a very attenuated bark. After performing the appropriate tests, it was found that they had undergone a cordectomy-section of the vocal cords. The procedure was carried out possibly so that they did not bark and not alert neighbours to the existence of an illegal hatchery.” 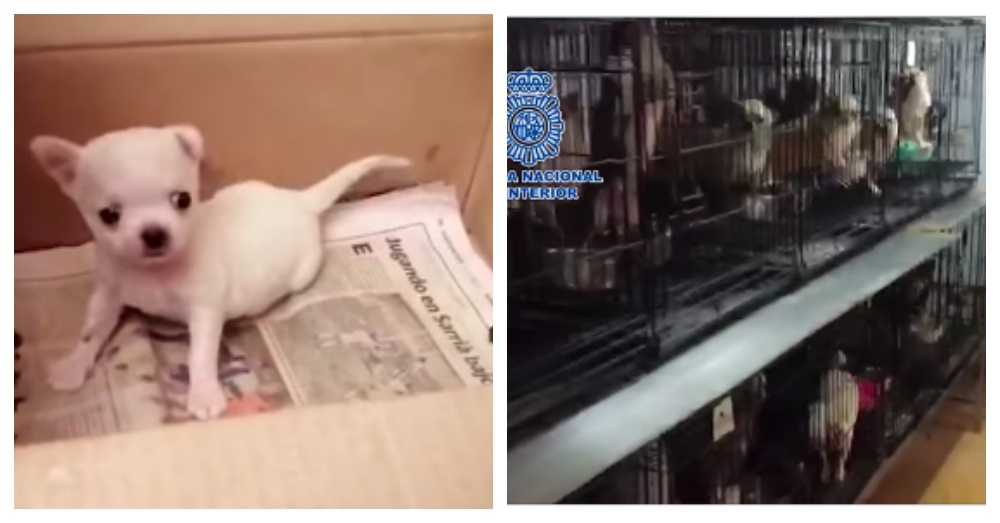 The cruel procedure is known more commonly as debarking and used to soften or eliminate a dog’s bark, but often times produces a muffled noise. Officers believed that the breeders did not want the dogs to bring attention to their illegal operation, so they silenced them. 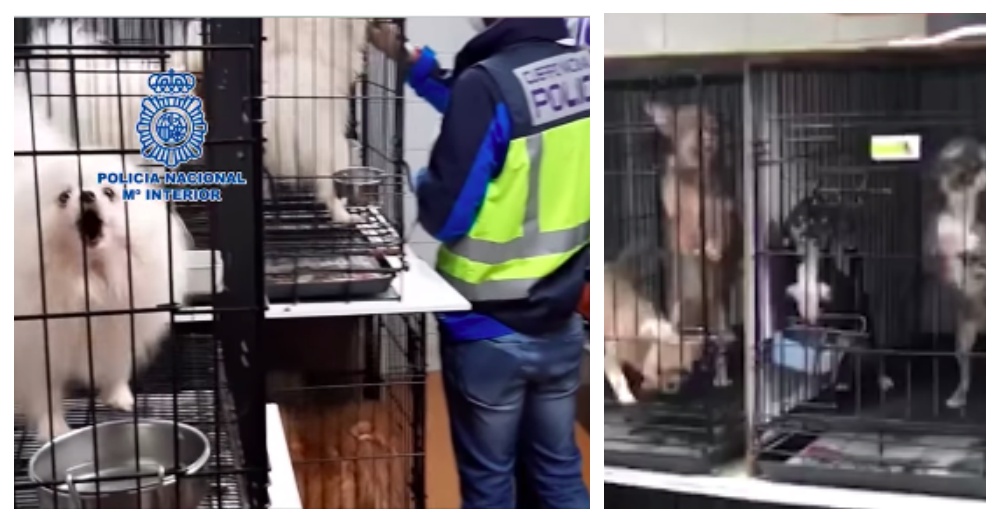 Five people were arrested after the raids on the homes in Meco and Arganda Del Rey. Police reported that two veterinarians were among the people arrested for their involvement in the highly lucrative illegal operation. The vets provided microchips and stamped certificates for each dog to make the operation appear legitimate.

The arrested group ‘allegedly formed one of the main distributors of dogs at European level,” posted Policía Nacional. 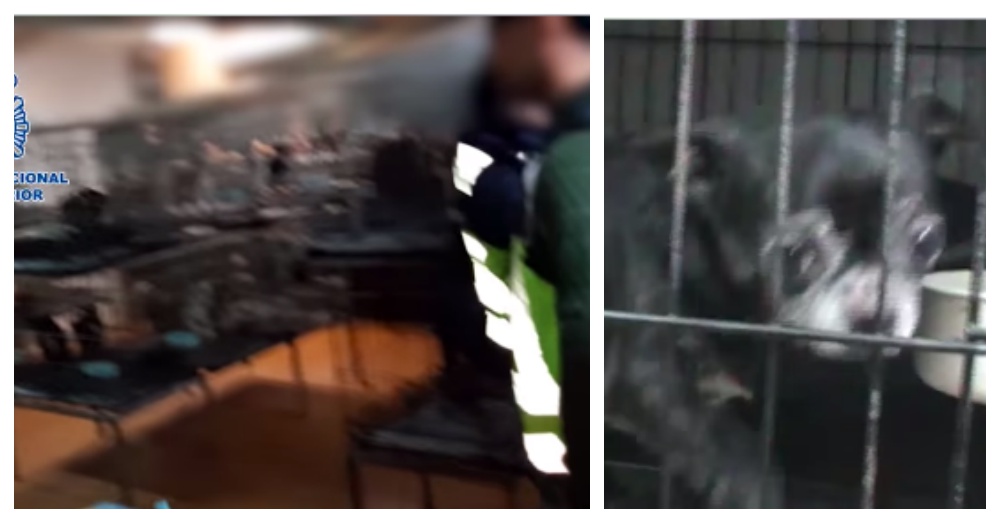 Many of the little dogs greeted their rescuers with wagging tails and attempted to bark. Police posted a video of one of the raids which showed rows and rows of cages filled with dogs. Some of the dogs were still nursing puppies and others pawed at the crate to be freed.

Police and rescue workers carefully loaded all the dogs onto a van and brought them to local shelters to be cared for until the investigation is complete. 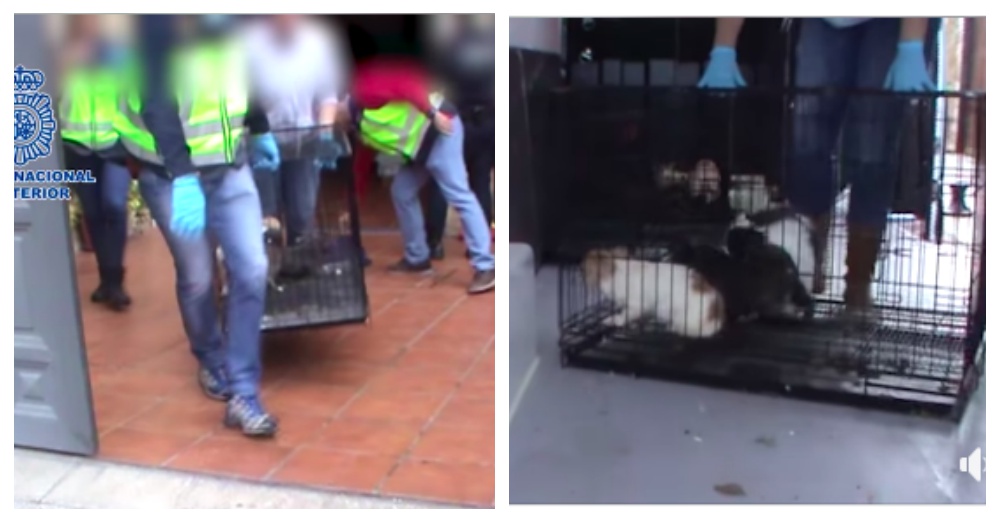 Locals and people around the world thanked officers for their quick action and for rescuing the innocent dogs. One person wrote, “Congratulations on the work, I hope those animals come out for adoption and find good families that give them all the love and affection they haven’t had so far 👏👏.”

Watch as officers rescue the innocent dogs from the basement of one of the homes in the video below. If you see something that looks suspicious, say something. Be a voice for the voiceless.