A 21-Lb Cat Was Given Up To A Shelter. Hours Later, Adoption Requests Came From All Over The U.S.

Edgar the cat was surrendered to the Humane Society of Carroll County in Maryland when his owner could no longer keep him. They later discovered that it was because the cat didn’t get along with the owner’s grandkids.

When staff at the humane society first saw Edgar, they couldn’t believe their eyes. Edgar was a jaw-dropping 21-pounds! Although he’s so big, he’s described as a gentle giant, and staff quickly fell in love with him. 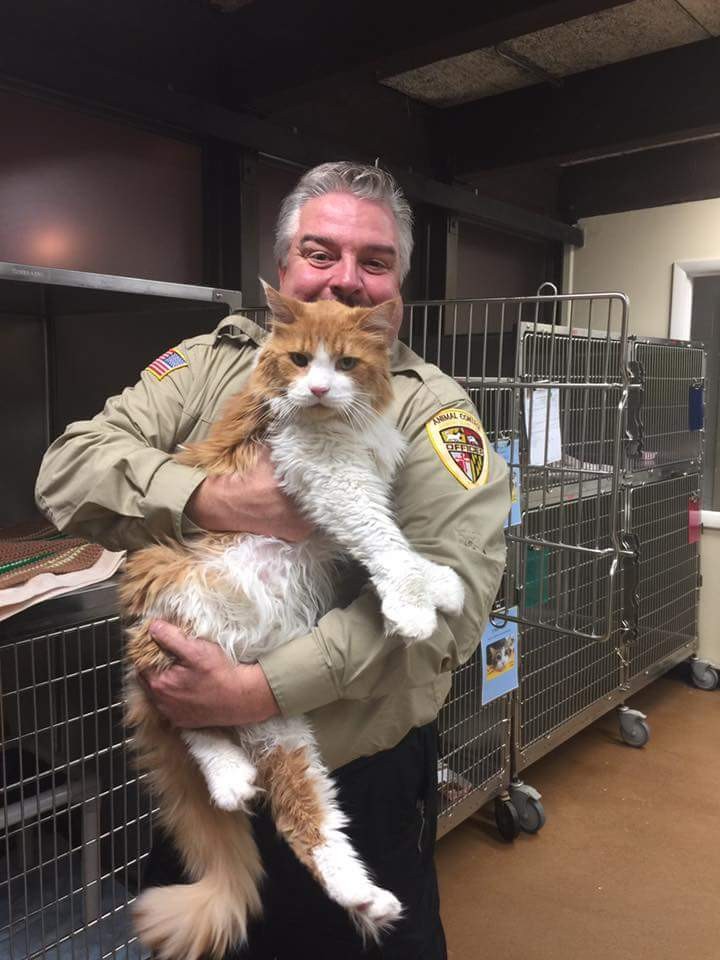 Since they loved Edgar so much, Michelle Fidler, director of animal care at the humane society, decided to share a picture of him on their Facebook. But she wasn’t expecting it to get the amount of attention it did. The post has been seen by over 1.4 million people. And has over 6,000 likes, 13,000 shares and 7,000 comments! 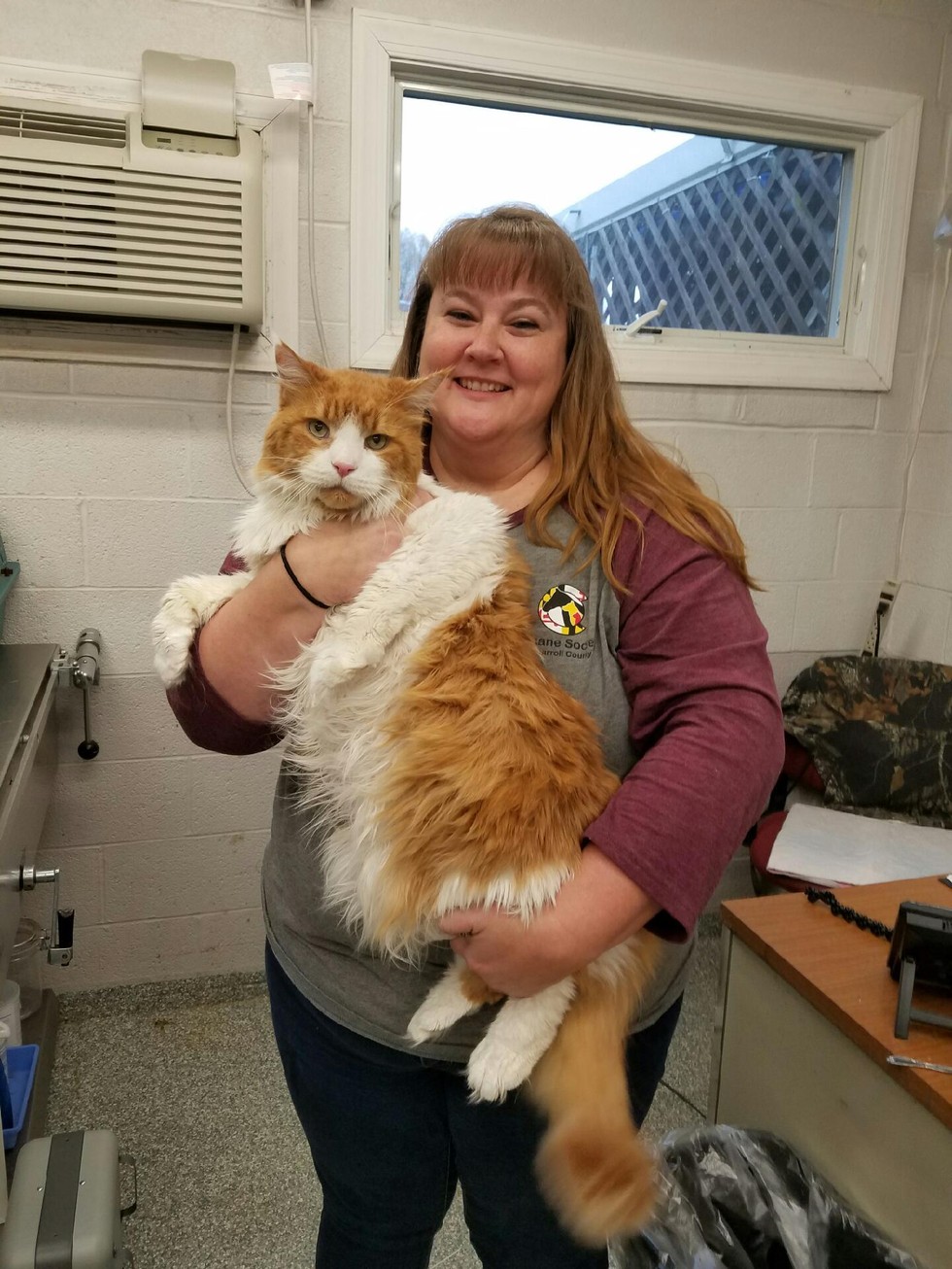 This big kitty quickly became an internet sensation, and within hours, people were sending in adoption requests from all over the country. Hours after Edgar arrived at the shelter, a local woman and her boyfriend went there immediately to adopt him. 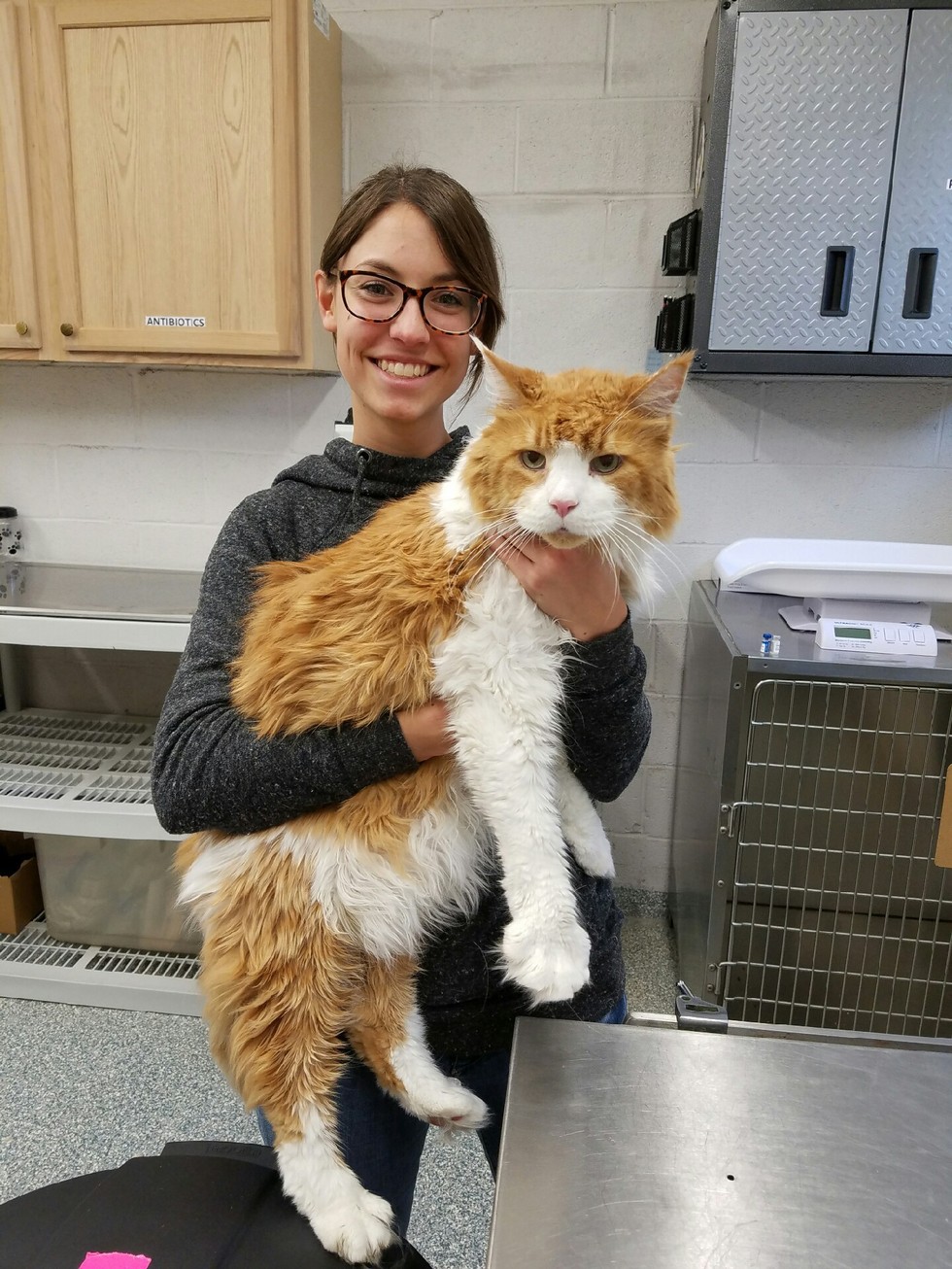