Rescuers arrived at a property in Killeen, Texas, after receiving reports of animal neglect. They were shocked when they found 190 cats and kittens and 10 dogs, many in critical condition.

The Humane Society of the United States assisted in the large rescue and posted an urgent plea for donations to help care for all the malnourished animals. “We’re expecting nearly 200 animals who will need immediate and long-term help as they’ve been living in cramped, horrific conditions. Many of these animals are kittens, some just days old, and nursing mothers, which appear to be suffering from respiratory infections, and other illnesses.” 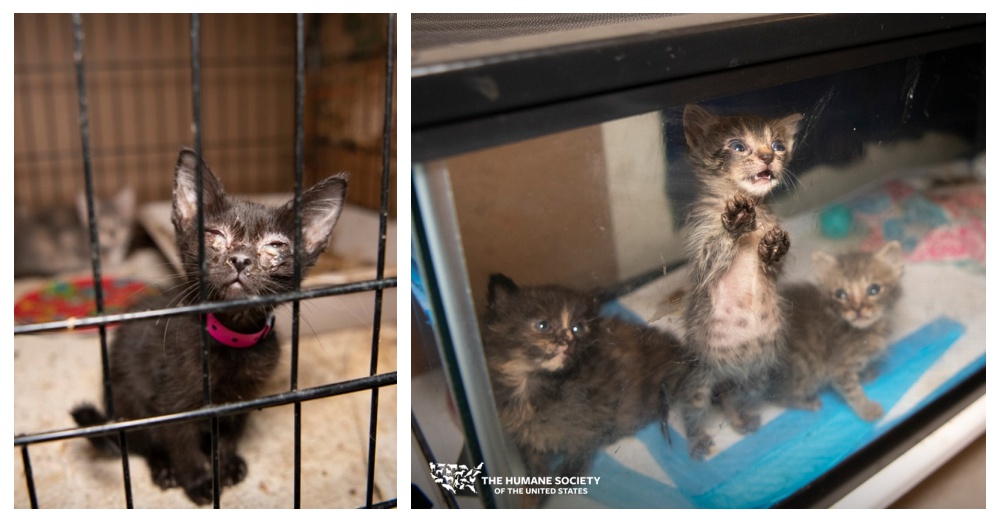 Kittens were found in aquariums and many had runny eyes that needed attention. 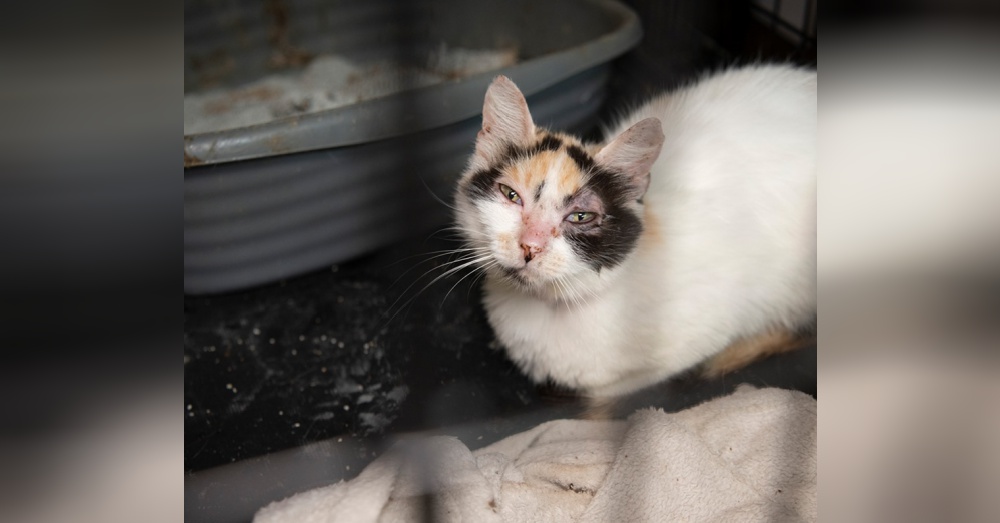 All the animals were removed from the property – which some people commented was a rescue that became overwhelmed with the number of animals in its care – and brought to a shelter to be examined by a vet.

“Getting them into a nice clean and calm environment was one of our top priorities,” said one of the rescuers. Each cat has its own kennel with a litter box and a small crate to hide in while they adjust to their new surroundings. However, some cats felt more comfortable snuggling with one another, so they were kenneled together. 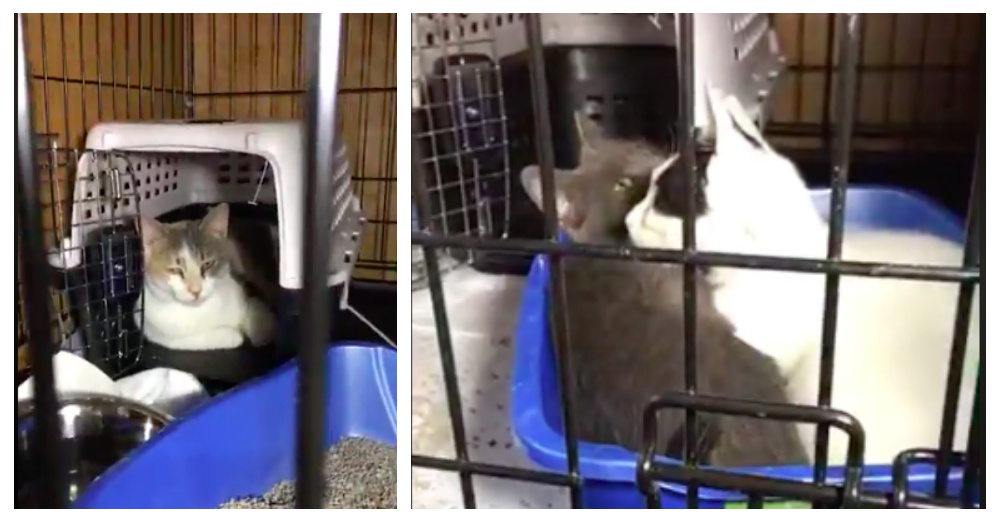 One of the little dogs was having a hard time using his hind legs and is scheduled for a complete vet exam. They all will receive any necessary treatment and then will be put up for adoption. 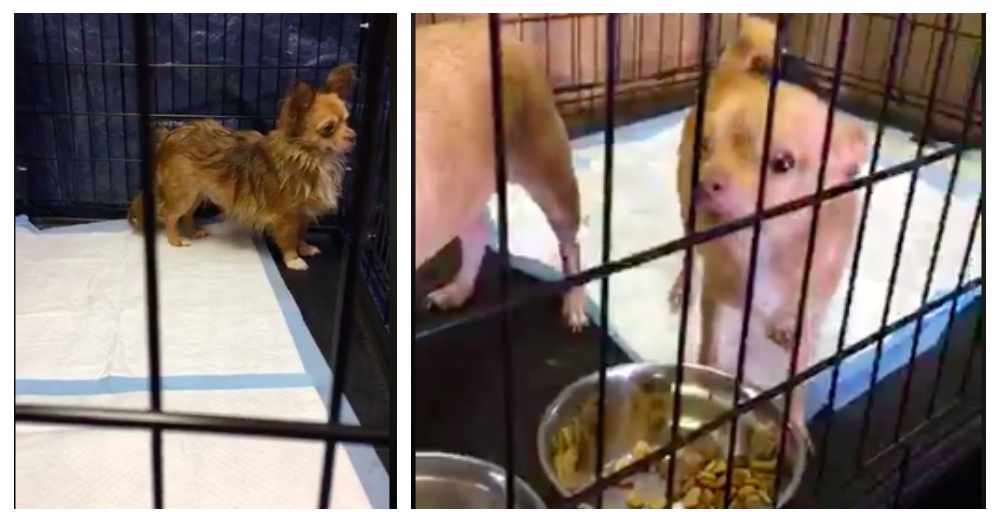 Thank you to everyone involved in rescuing these innocent animals. You are all heroes!

Couple Meets Stray Cat While Traveling And Realizes It Was A Huge Mistake To Leave Her Behind: Click “Next” below!