20 New Species Were Just Discovered in Bolivia. Here Are the Most Beautiful (and the Most Dangerous)

It’s not every day we find new species, but this group of scientists working in the Bolivian Andes is making it look easy. They have discovered at least 20 new species in the region, and reaffirmed the existence of several other species of flora and fauna that have not been seen since the last century.

According to CNN, the discoveries were made in the rugged terrain and verdant jungles of the Chawi Grande region of Zongo Valley near the Bolivian capital of La Paz.

“[In Zongo] the noises you hear are from nature — all sorts of insects, frogs and birds calling, wonderful rushing sounds and cascades of waterfalls. Everything is covered in thick layers of moss, orchids and ferns,” Trond Larsen, one of the lead researchers in the 14-day expedition and a member of the non-profit environmental group Conservation International, told CNN. “We didn’t expect to find so many new species and to rediscover species that had been thought to be extinct.” 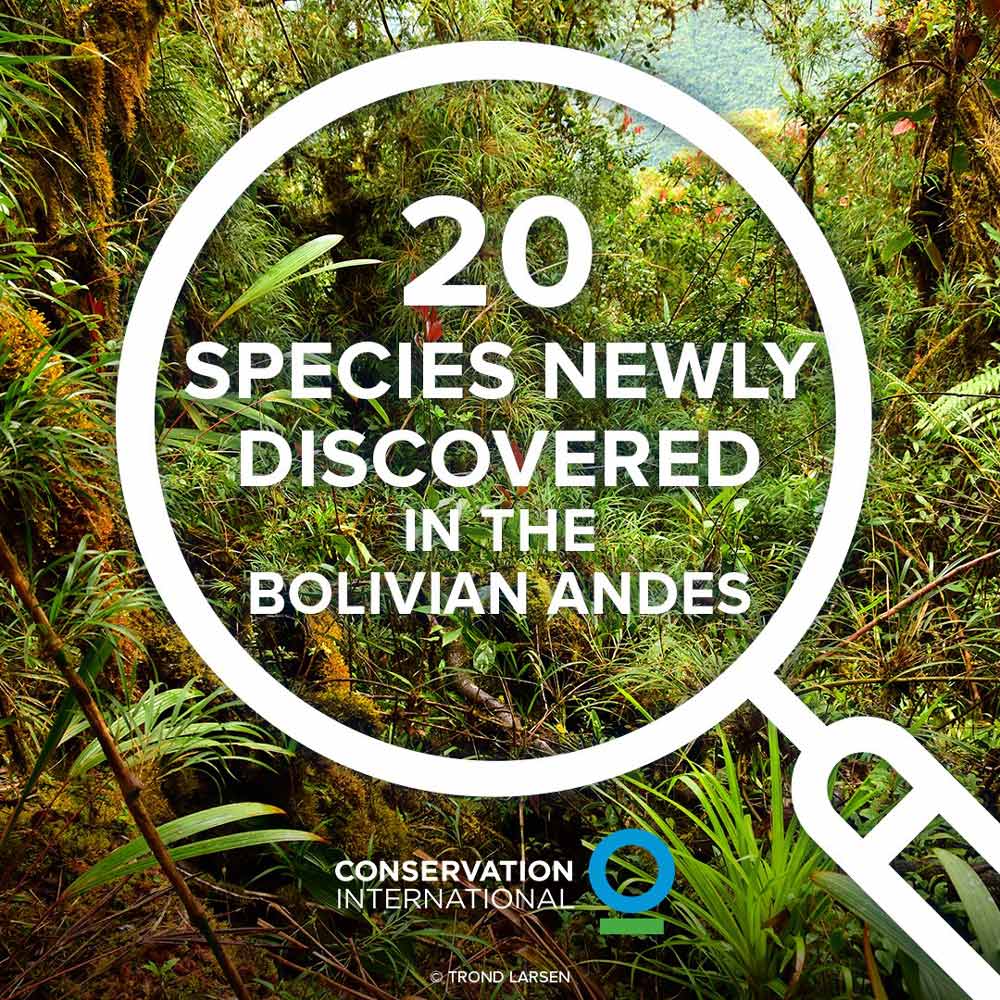 Source: Facebook/Conservation International
Twenty new species were discovered during an expedition in the Bolivian Andes.

Larsen, along with Claudia Cortez, head of conservation and wildlife management for the municipal government of La Paz, and a group of 17 scientists found the “mountain fer-de-lance” viper, “Bolivian flag snake” and “lilliputian frog” high in the Bolivian Andes, not far from orchids and butterfly species thought to be extinct. 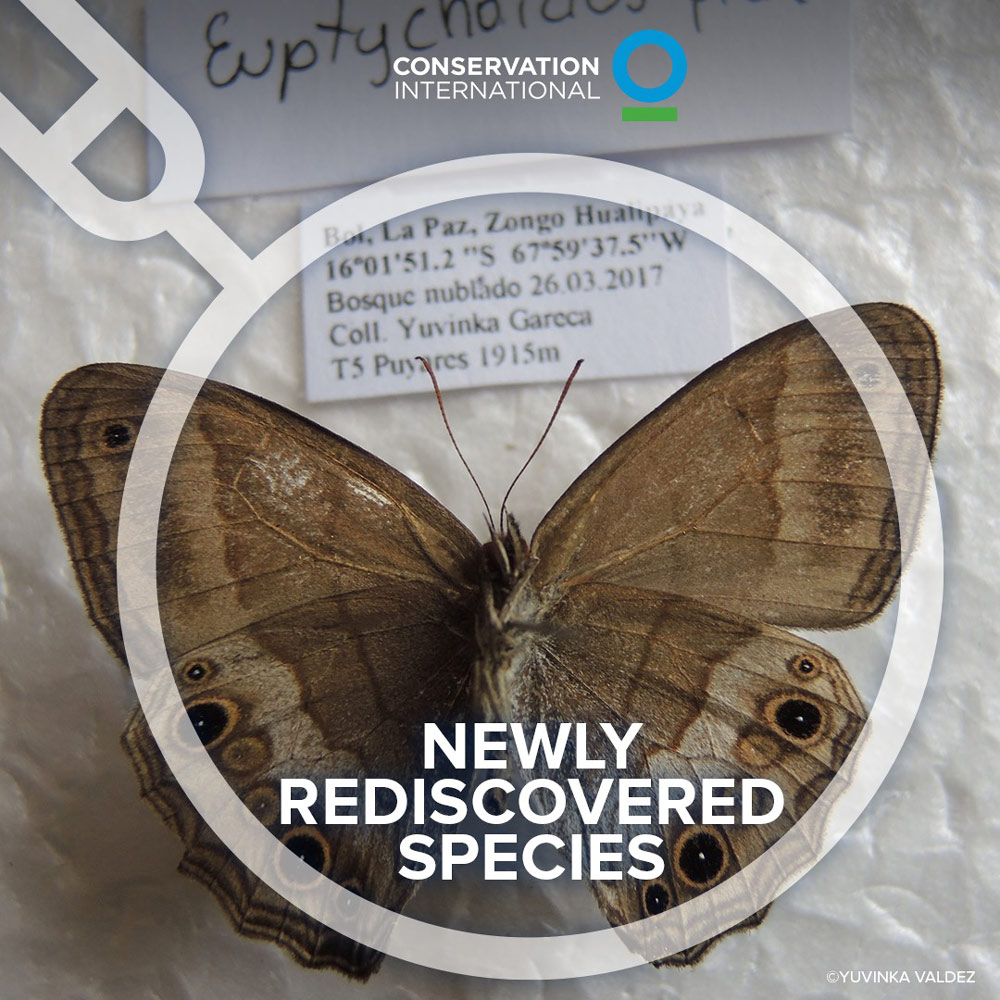 Source: Facebook/Conservation International
The satyr butterfly is found nowhere else in the world.

The Satyr butterfly had not been seen in the wild for 98 years until Larsen and his fellow researchers rediscovered one of the insects in the Zongo Valley’s undergrowth. The butterfly was attracted to a live trap the team had set out, baited with rotten fruit. 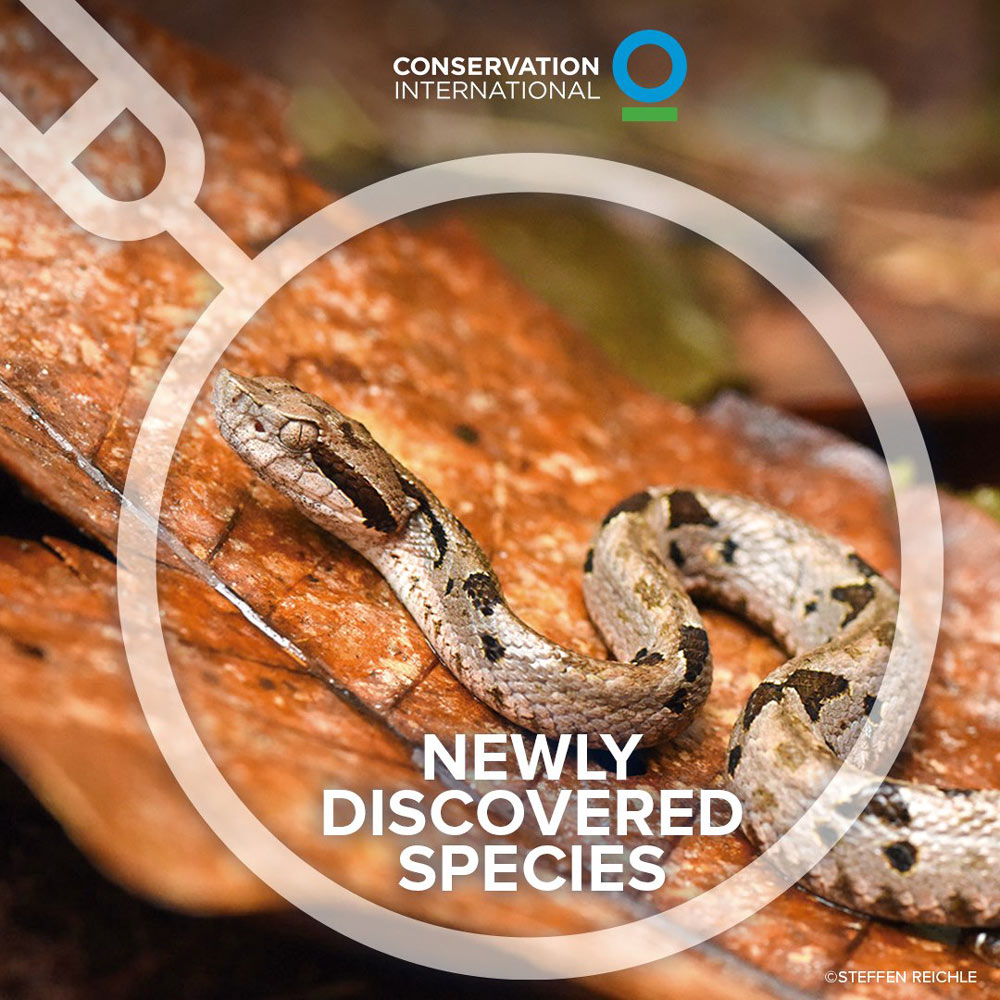 This dangerous pit viper has heat-sensing pits on the sides of its head that it uses to detect prey before attacking with large fangs. 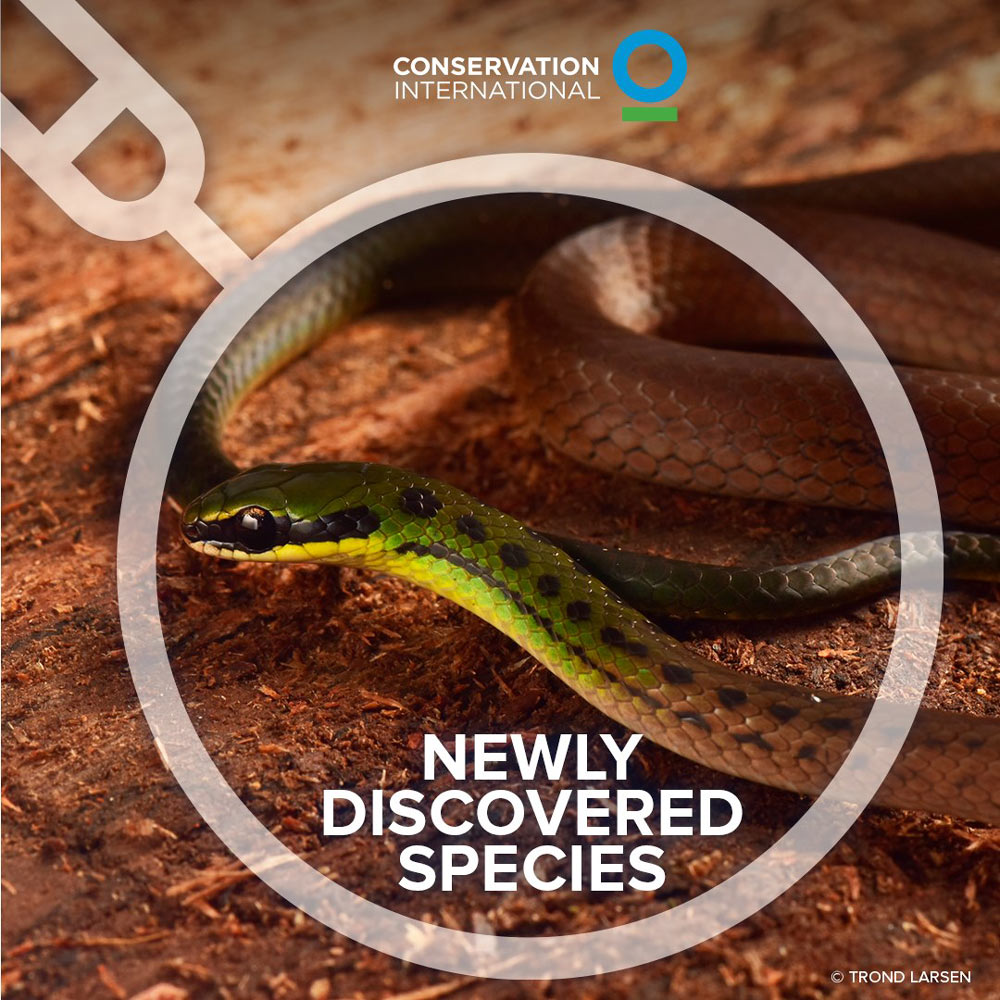 The Eutrachelophis, also known as the Bolivian flag snake for its yellow and green coloring, was a new discovery found slithering under dense ferns in the rainforest undergrowth.

This sighting marks a first for science. Evidence of the snake had only previously been shared in anecdotes and warnings to forest explorers.

Like the Bolivian flag snake, the morpho butterfly caterpillar had never been documented by scientists until now, though their bright coloring has left an impression on many.

‘When these guys grow up, they turn into bright blue butterflies,” Gizmodo reports. “Their color makes them frequently sought after by tourists and collectors who have spotted them.” 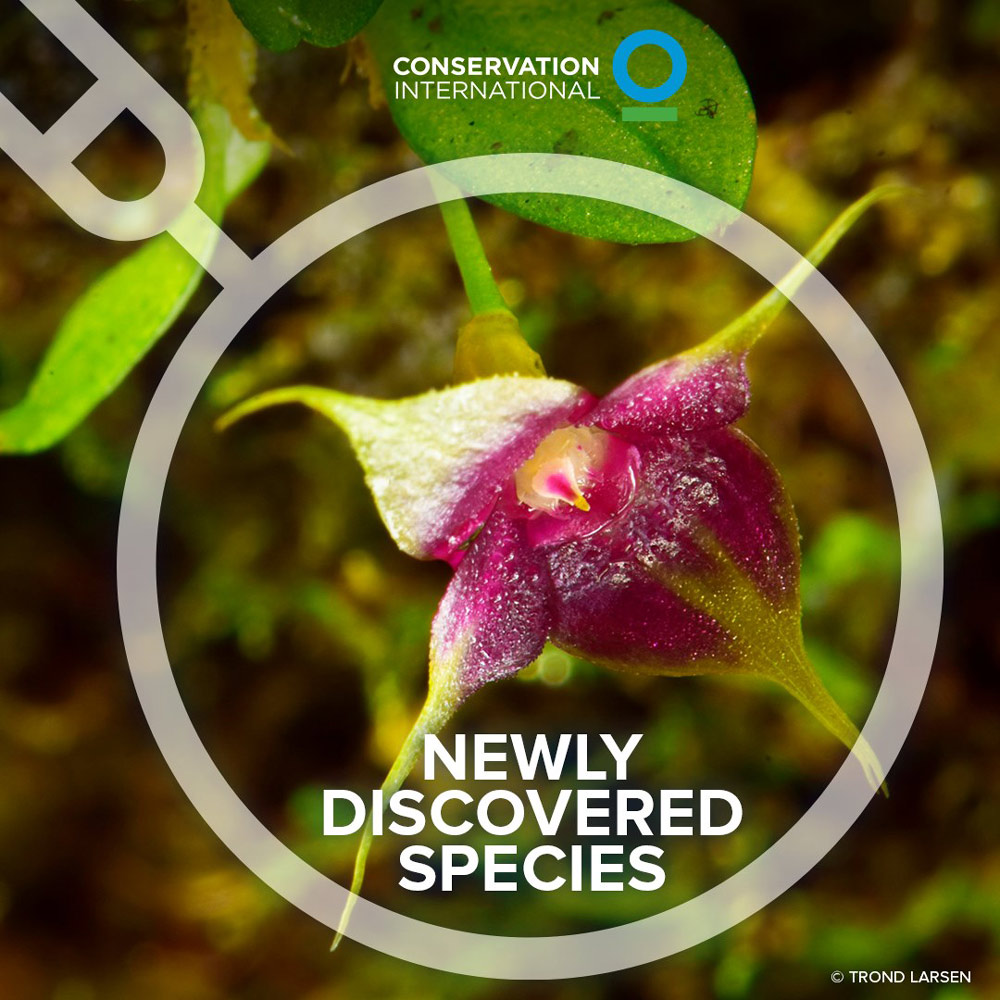 Source: Facebook/Conservation International
Four new species of orchids were discovered during the expedition.

As WION reports, “Cup orchids have dynamic and unmistakable purple and yellow shading. This new species was found in Zongo yet is essential for a gathering of animal groups found all through a lot of Central and South America.”

Adder’s mouth orchids grow in the United States, but a new species of the Malaxis genus was discovered with flowers that mimic an insect. 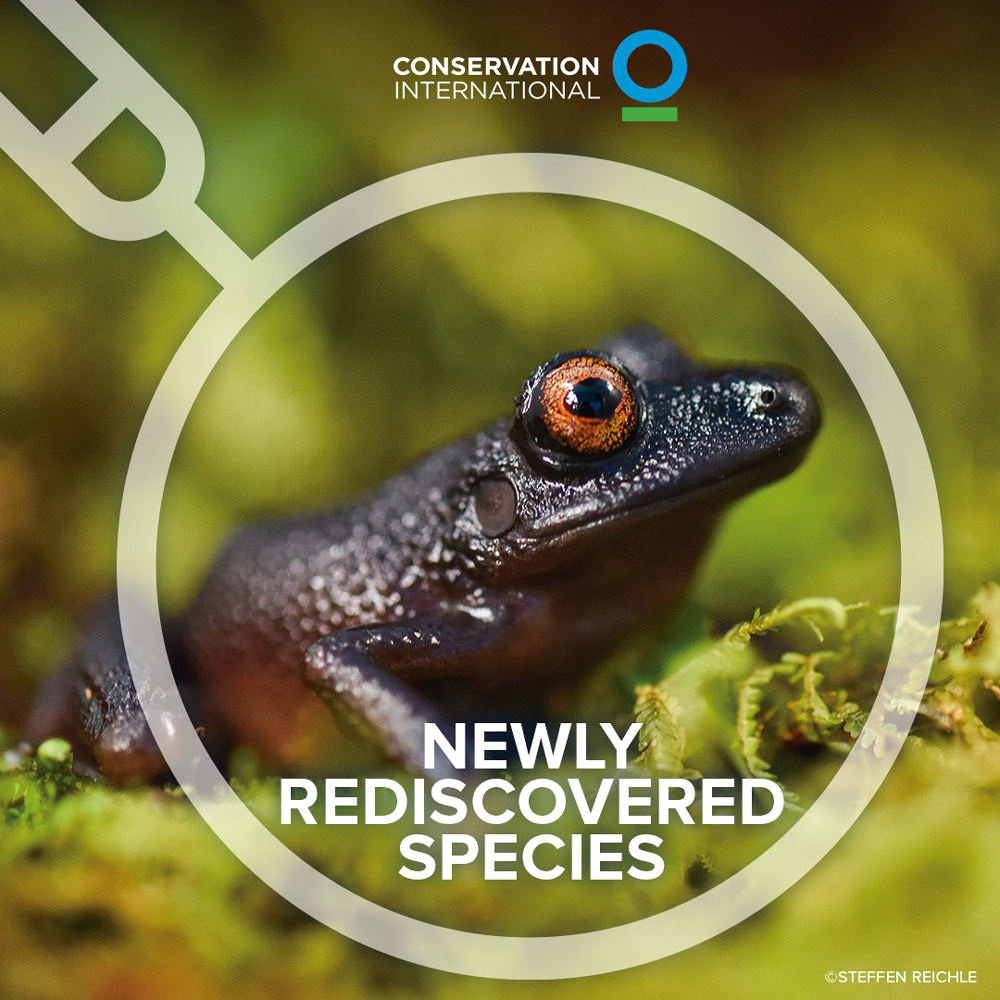 Source: Facebook/Conservation International
The expedition uncovered a devil-eyed frog, which was previously known only from a single individual observed over 20 years ago but was found abundant in the cloud forest.

The devil-eyed frog is black and bumpy with deep red eyes. It once flourished in the Bolivian Andes until a hydroelectric dam was constructed in its primary habitat in 2000. Sightings of the frog soon died off, the same being assumed of the entire species.

Larsen and team now delight in saying those theories have been proven wrong.

“Given that all these other expeditions failed we did not think that we would [find it] and when we did discover it, it was quite an epiphany, incredibly exciting,” Larsen said.

Yunganastes mercedesae, also known as Mercedes’ robber frog, was found high in a cloud forest. This discovery came as a particularly exciting surprise to the researchers. It’s only been spotted four other times in history.

“We don’t know much about this frog since it is so rare, but we found one individual on the forest floor while walking at night with a headlamp during a heavy rain,” Larsen said. “Based on its appearance, it is likely that this frog climbs trees, which may be one reason it is difficult to find, and the one that we found may have fallen out of a tree in the rain.” 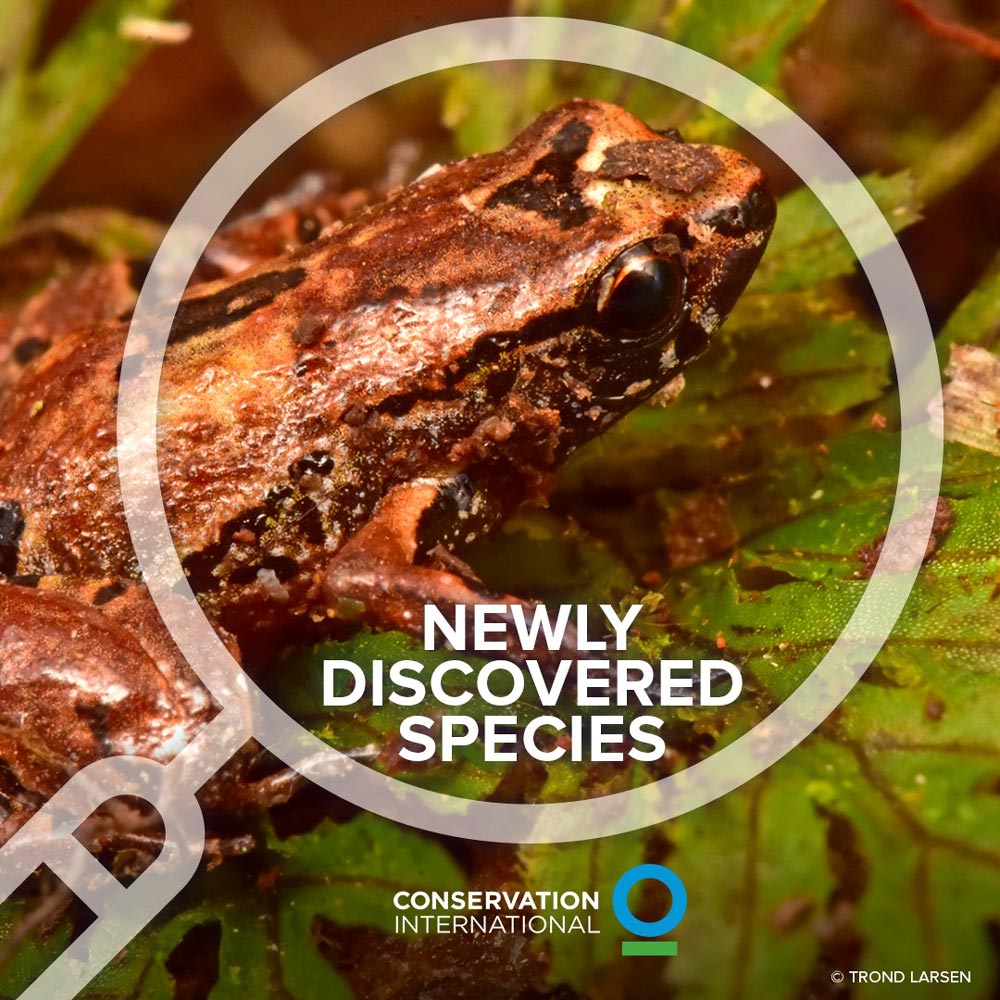 At just a single centimeter in length, the Liliputian frog lives up to its name. Its camouflaged brown color makes it even easier to miss in the moss and soil this frog likes to hide in.

“We heard many of them calling in the forest, but as soon as we got close to them, they would stop calling and would then be virtually impossible to find due to their tiny size and camouflage,” Larsen told Gizmodo. 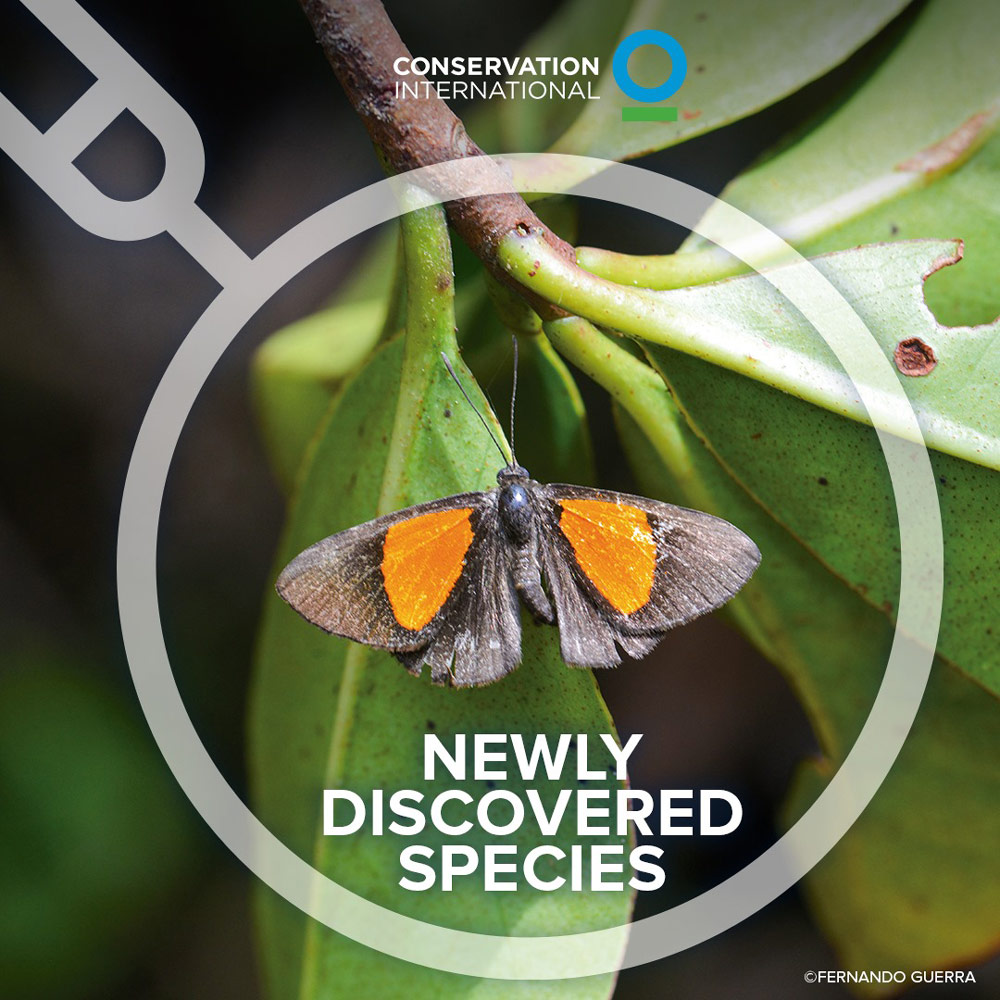 While the discovery of these species is well-deserving of celebration, it’s hard to see life getting easier for them with the current climate crisis and encroaching industrialization destroying many critical habitats in South America.

“Unless you keep those corridors of forest intact then those animals and plants have no way to move and no way to adjust to those changing conditions,” explains Larsen. “That’s why protecting places like the Zongo is so essential in the face of climate change.”

“The importance of protecting the Zongo Valley is clearer than ever,” said Luis Revilla, mayor of La Paz, in a statement. “As La Paz continues to grow, we will take care to preserve the nearby natural resources that are so important to our wellbeing.”