The dog meat trade in China slaughters an estimated 10 million dogs every year, most of whom are stolen pets or strays. Even with China’s recent status change of dogs from livestock to companion animal, the slaughter continues.

Police were notified about a truck transporting 18 dogs to a slaughterhouse in Jilin Province, China, and quickly reached out for help. They contacted Humane Society International (HSI) partner, China Animal Protection Power (CAPP), who rushed to the scene. 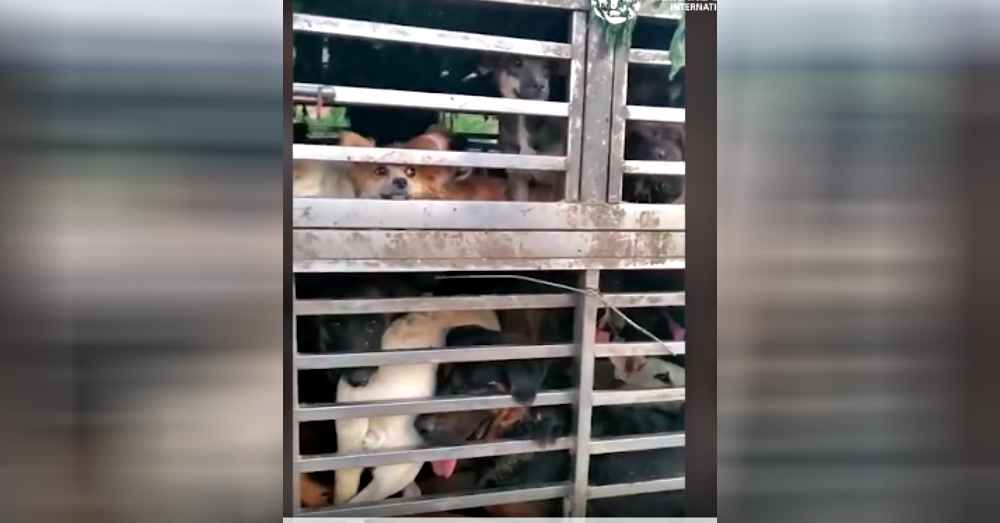 When rescuers arrived they found dogs of all sizes crammed into tiny cages and clearly distressed. Many of the dogs were unable to stand up and one large dog was panting heavily with its snout sticking out between the bars.

“The driver was not able to provide vaccination records or evidence of the dogs’ source; the dogs were likely stolen. After two hours of negotiation, the dogs were handed over to CAPP and the driver committed to no longer trading dogs,” posted HSI. 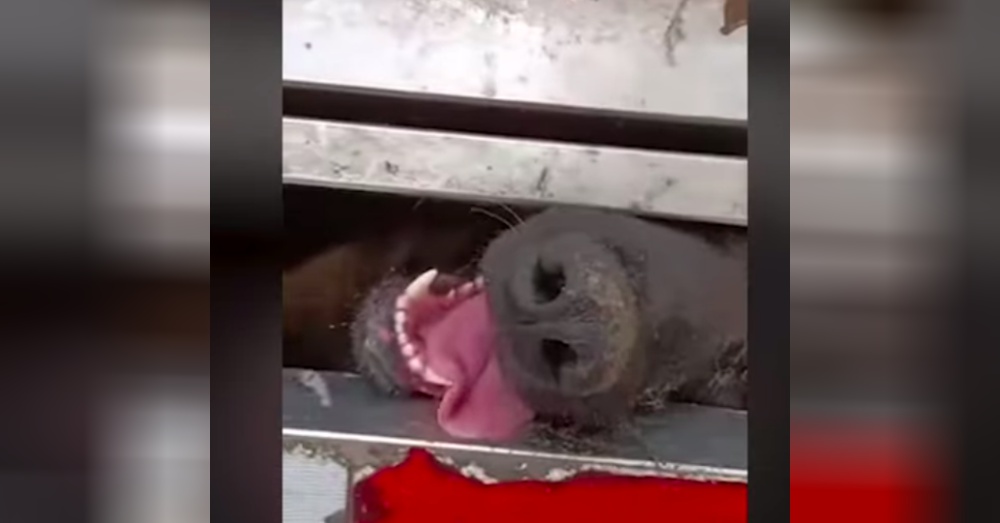 The CAPP rescue team works closely with local police to intercept trucks filled with dogs heading to slaughter. Police negotiate the release of the dogs and the rescue team cares and treats them until their owners or new homes can be found.

“Two of the dogs are suffering from severe illnesses and have been rushed to a local hospital for emergency treatment. The remaining 16 dogs are in stable condition and have been transported to an HSI supported facility where they are receiving care,” reported HSI. 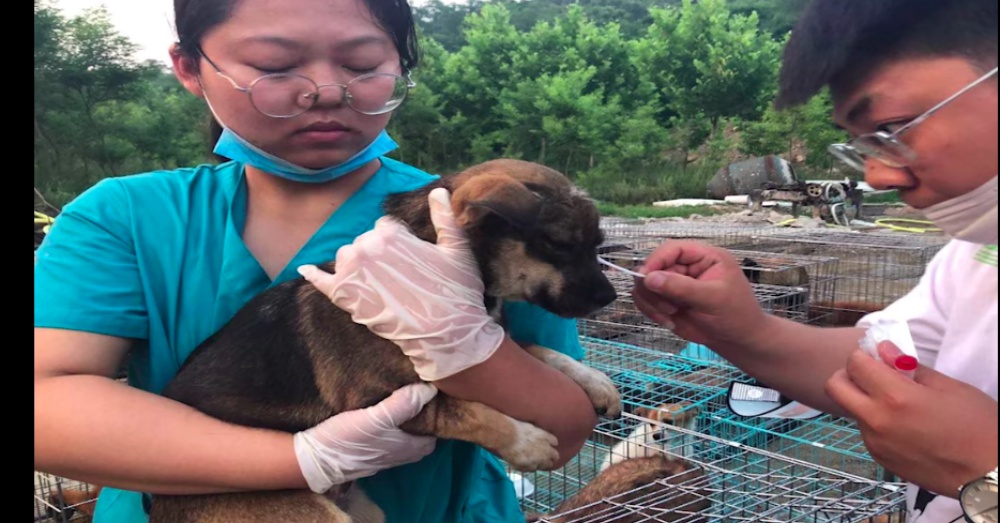 Followers of the global animal protection organization thanked everyone involved for rescuing the dogs and for being a voice for the voiceless. “Thank you, thank you for all that you do saving these dogs from such a horrible end. Should not happen ever,” wrote one person.

While these dogs were saved, millions more are still at risk. The new status change unfortunately doesn’t ban consumption of dogs, but two Chinese cities have banned the consumption of dog and cat meat. Wendy Higgins with HSI told Newsweek, “I think something else is also going on here and that is that these cities are using this opportunity to reflect the mood of the majority of the Chinese people, most of whom of course don’t eat dogs and cats.” 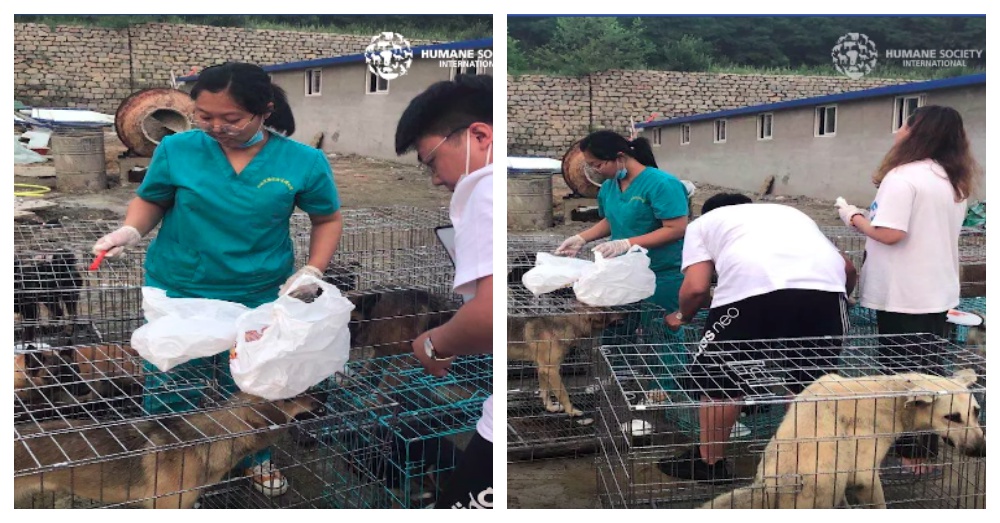 Many of the Chinese people have joined animal activists in pushing for a nationwide ban on dog and cat meat consumption. Hopefully, it will occur in the near future.

See what rescuers saw when they arrived on the scene in the video below. It will break your heart.