After spending 17 years underground, millions of cicadas from brood IX will emerge in parts of the East Coast this summer.

The shrieking insects will appear in Virginia, North Carolina, and West Virginia as soon as the ground warms above 64 degrees. CicadiaMania, a website dedicated to ‘the most amazing insects in the world’, states, “Typically beginning in mid-May and ending in late June. These cicadas will begin to emerge approximately when the soil 8″ beneath the ground reaches 64 degrees Fahrenheit (Heath, 1968). A nice, warm rain will often trigger an emergence.”

This brood last appeared in 2003 and millions are expected to emerge at the same time. Some areas could see as many as 1.5 million cicadas per acre. 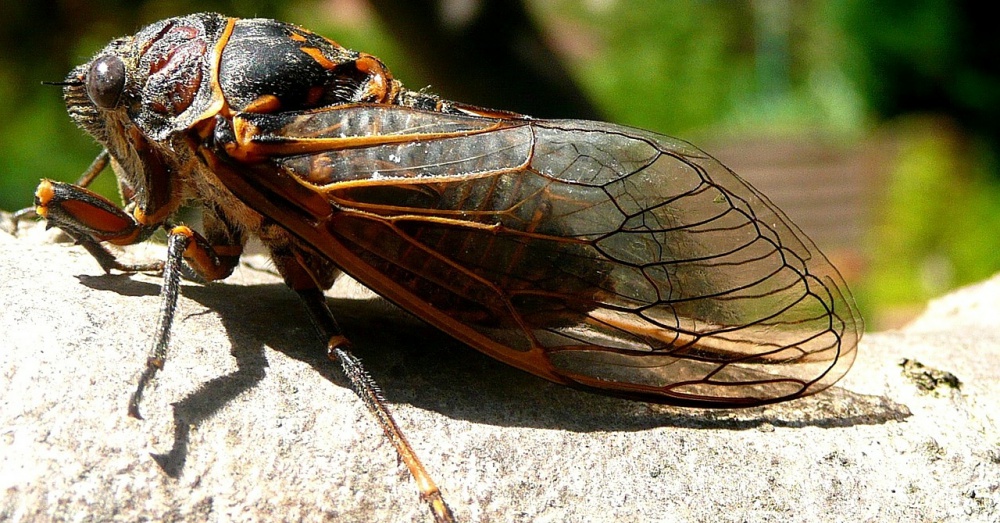 Cicadas spend most of their lives underground going through four growth phases before emerging. With only four to six weeks to live, they waste no time and instantly molt into their adult forms.

The males are the ones making all the noise in an attempt to attract a female before they die. The deafening sound is created by tymbals inside their bodies and is amplified by their hollow abdomens. A group of cicadas ‘singing’ can be as loud as a rock concert. “Some species can register sounds louder than 100 decibels when calling for a potential mate,” said Sandesh Kadur, Wildlife filmmaker and National Geographic Emerging Explorer. 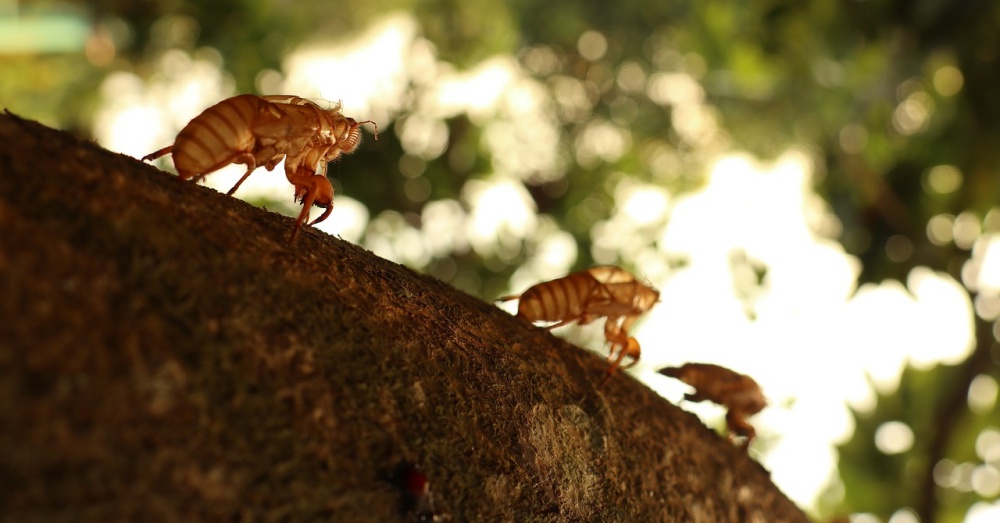 “Communities and farms with large numbers of cicadas emerging at once may have a substantial noise issue,” predicts Eric Day, Virginia Cooperative Extension entomologist. “Hopefully, any annoyance at the disturbance is tempered by just how infrequent — and amazing — this event is.”

Entomologists believe that the insects are on a 17 year cycle to avoid predators from syncing up and devouring them. They also believe it’s why so many emerge at the same time, so the ones that aren’t eaten can reproduce and preserve the species. 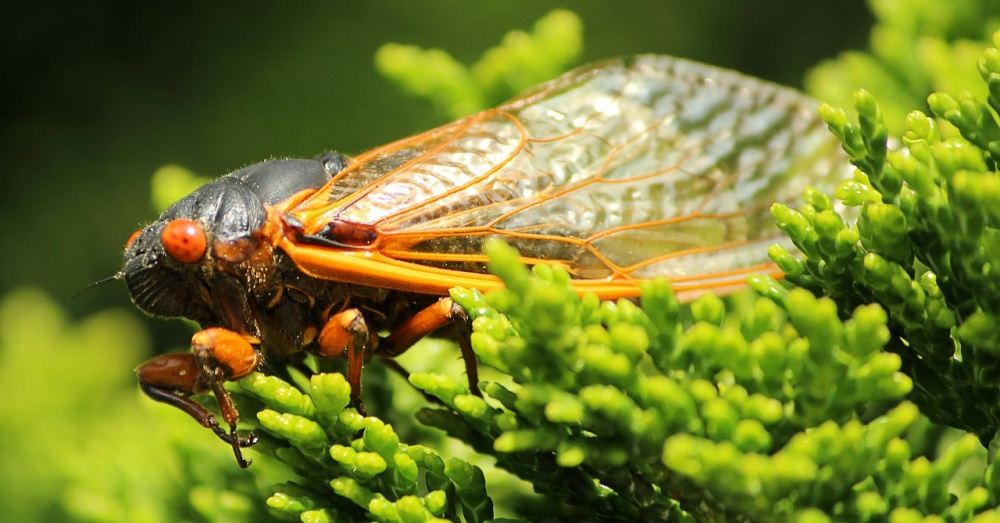 The bug-eyed insect has various species that are either annual or periodical (emerge every 13 or 17 years). The 17-year cicadas are never green in color and can have a variety of eye colors, but never green. Aside from the ear-piercing noise, the insects are fairly harmless. The biggest threat comes from females laying their eggs in branches of trees, which may be harmful to young trees and vines. 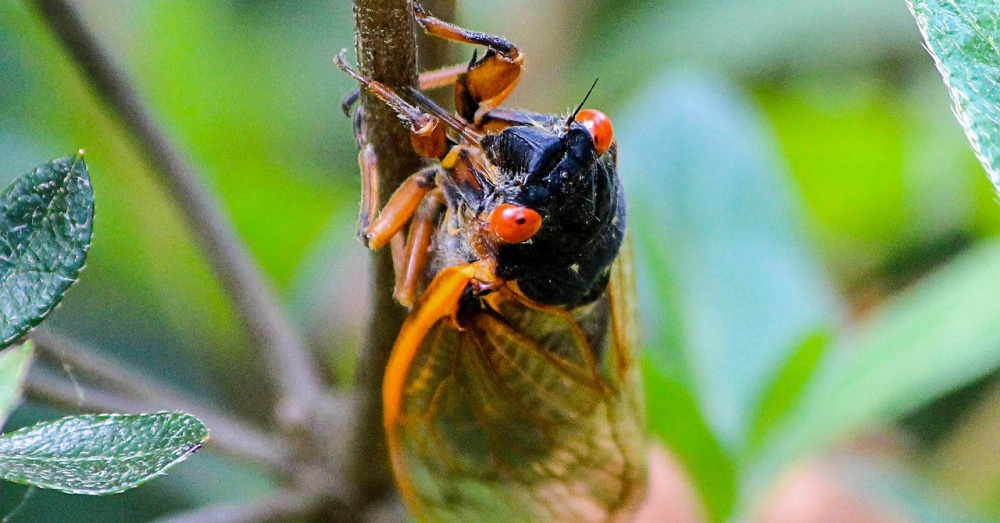 Their lifespan above ground is only a matter of weeks so scientists hope that people will enjoy the rare event. “This insect is really fascinating, and if you don’t have fruit trees or grapevines to protect, you can enjoy this phenomenon while it lasts,” said Doug Pfeiffer, Virginia Tech professor and Extension specialist in the Department of Entomology.

For anyone who doesn’t live in one of the chosen states, watch the video below to experience cicadas singing.