When I was growing up I went to a Catholic school. One of my favorite memories from elementary was the annual Feast of St. Francis when the school held a blessing of the animals ceremony for families to bring in their pets…and every year there would be my mom, literally wheeling a trolley of pet carriers so our dog, 2 cats, and rabbit could receive their blessing.

Of course, with 5 pets we thought we were operating at capacity, but in hindsight, we had nothing on this furry family’s holiday portrait!

30-year-old Kathy Smith from Corwen, Wales, has a big brood of 17 cats and dogs! More shocking than the number of pets, is the fact that she managed to get all of them to sit still long enough to take a holiday photo of the group. 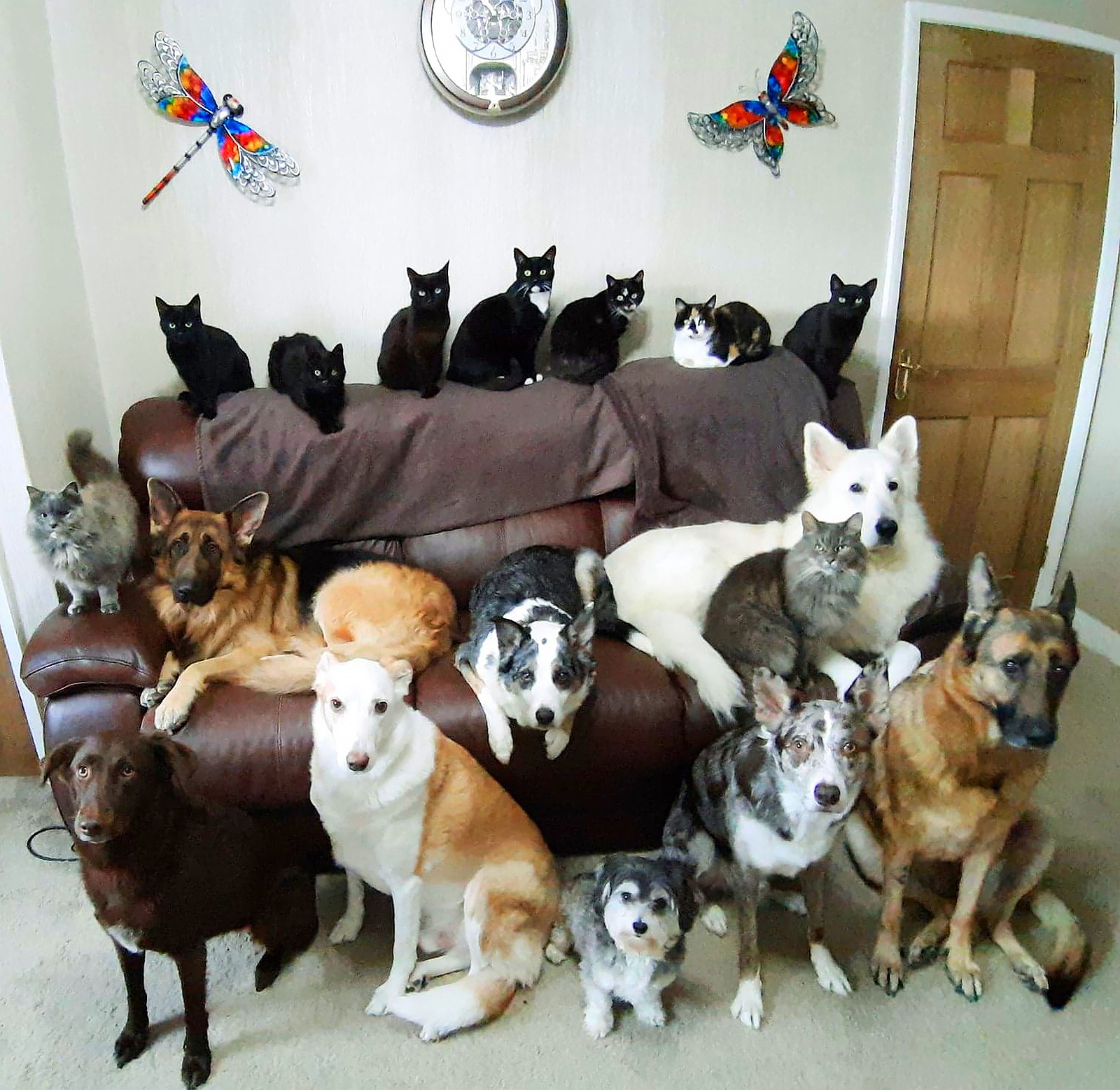 Smith told the Daily Mail, “I was so thrilled when I realized I’d captured this shot — it’s like a little family photo.”

As one can expect it was no easy feat. Smith, who works as a shop assistant, said that the picture took her multiple takes to get the perfect picture as she had to chase all the pets around the house, luring them in with treats in order to get them to sit still long enough for the picture. She also said that while the dogs were pretty easy to pose, the cats required a bit more work.

She told the media outlet, “I now know the real meaning behind herding cats. I had to just keep picking them up and putting them back until they stayed.”

Smith added, “It took about three attempts but in the end, I managed to keep them there for a couple of seconds and get the photo before they were off again. We live in quite a chaotic house but you get used to it.” 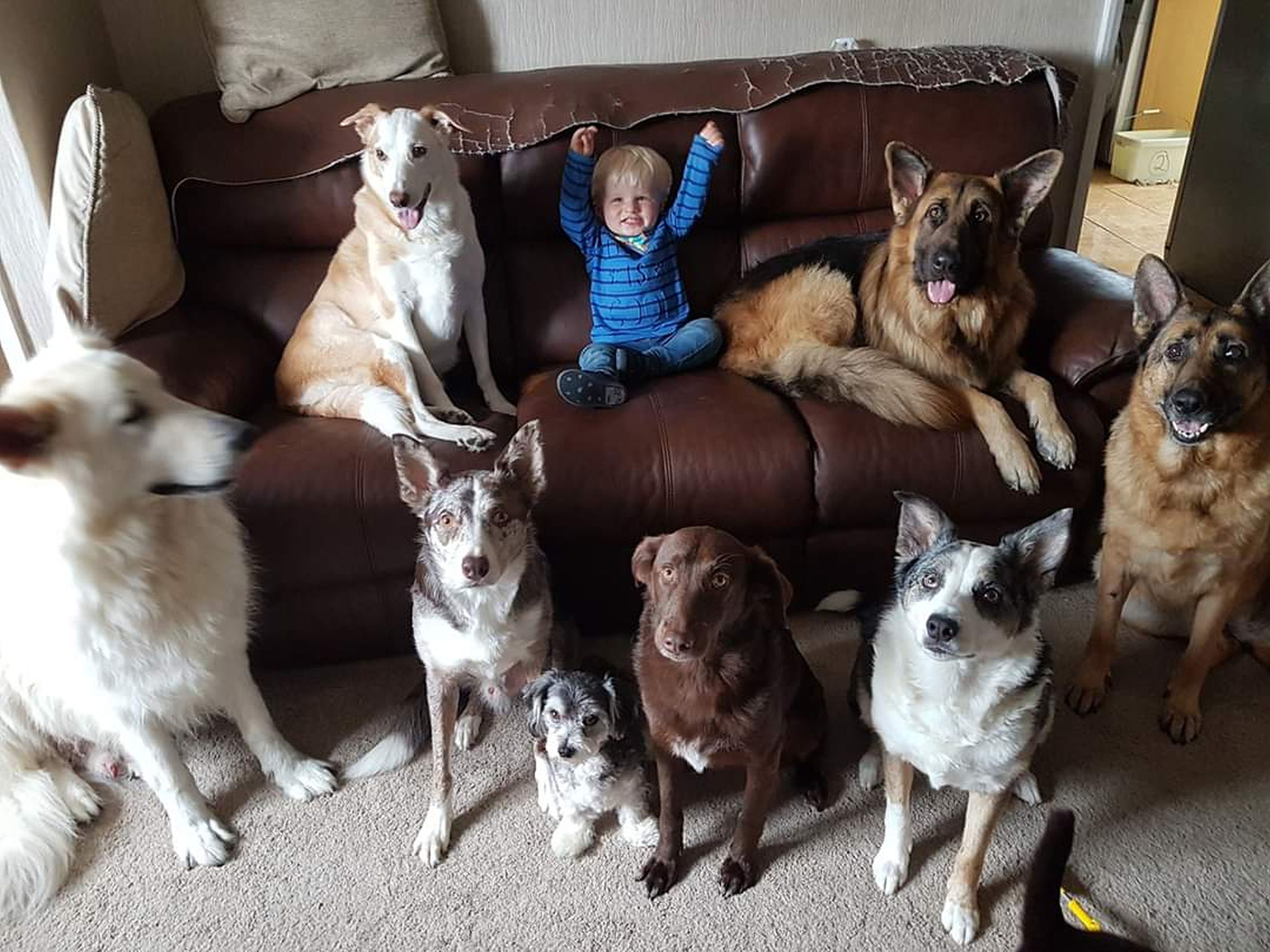 “I love all of my pets so much so I was really happy when I managed to get them all posing together — despite it not being easy to do,” Smith said.

Smith lives with her furry family inside a three-bedroom home. She told the Daily Mail that she rescues animals in need. Besides the 17 pets that she managed to photograph, Smith also cares for 4 Budgerigar birds, several fish, plus a baby hedgehog.

The animal lover stated, “People are usually shocked when they come over and realize how many pets we have, the house is mad but we’re used to it. They all run around and you don’t realize there’s a lot of them until they’re in one room.”