A large property in Florida was the site where almost 140 dogs were rescued on Tuesday. It happened after concerns were voiced about the welfare of those dogs due to severe neglect and poor living conditions.

The Humane Society of the United States (HSUS) worked along with the Dixie County Sheriff’s Office to search the 5-acre property, located in Dixie County, Florida. A number of rundown mobile homes and campers were found on the property along with more than 100 neglected animals according to a press release by the HSUS.

When authorities arrived at 8 AM on the property, dozens of dogs were found with inadequate access to food and water, poor living conditions, and the lack of basic care.

“In my nearly 20 years as sheriff, I have never seen conditions of this magnitude,” according to the sheriff of Dixie County, Dewey Hatcher. 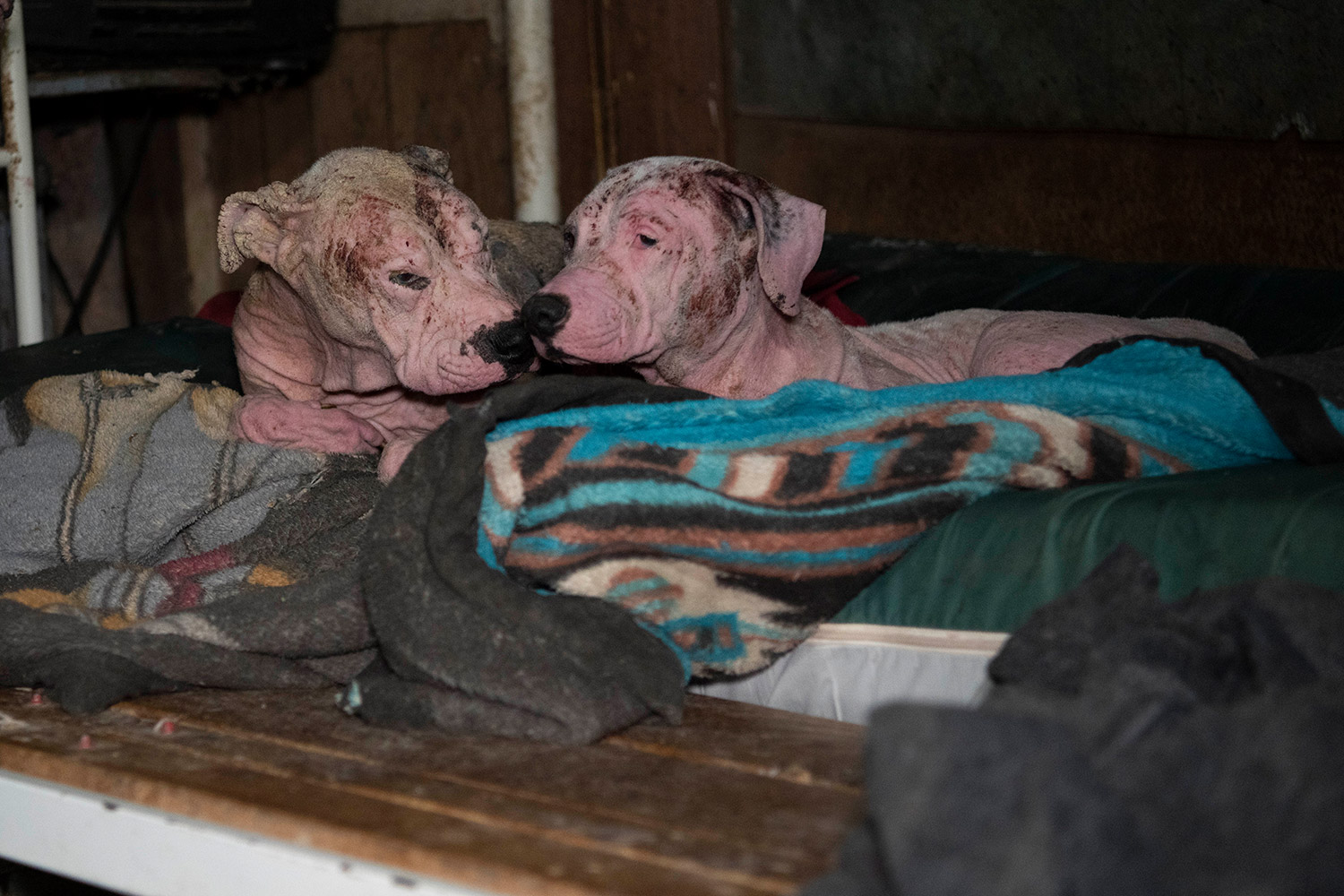 Many of the dogs were living in hutches outside, surrounded by their own feces. They did not have access to get in from the weather. A number of skin conditions were also afflicting the canines, such as missing fur, sores, and itchy skin. 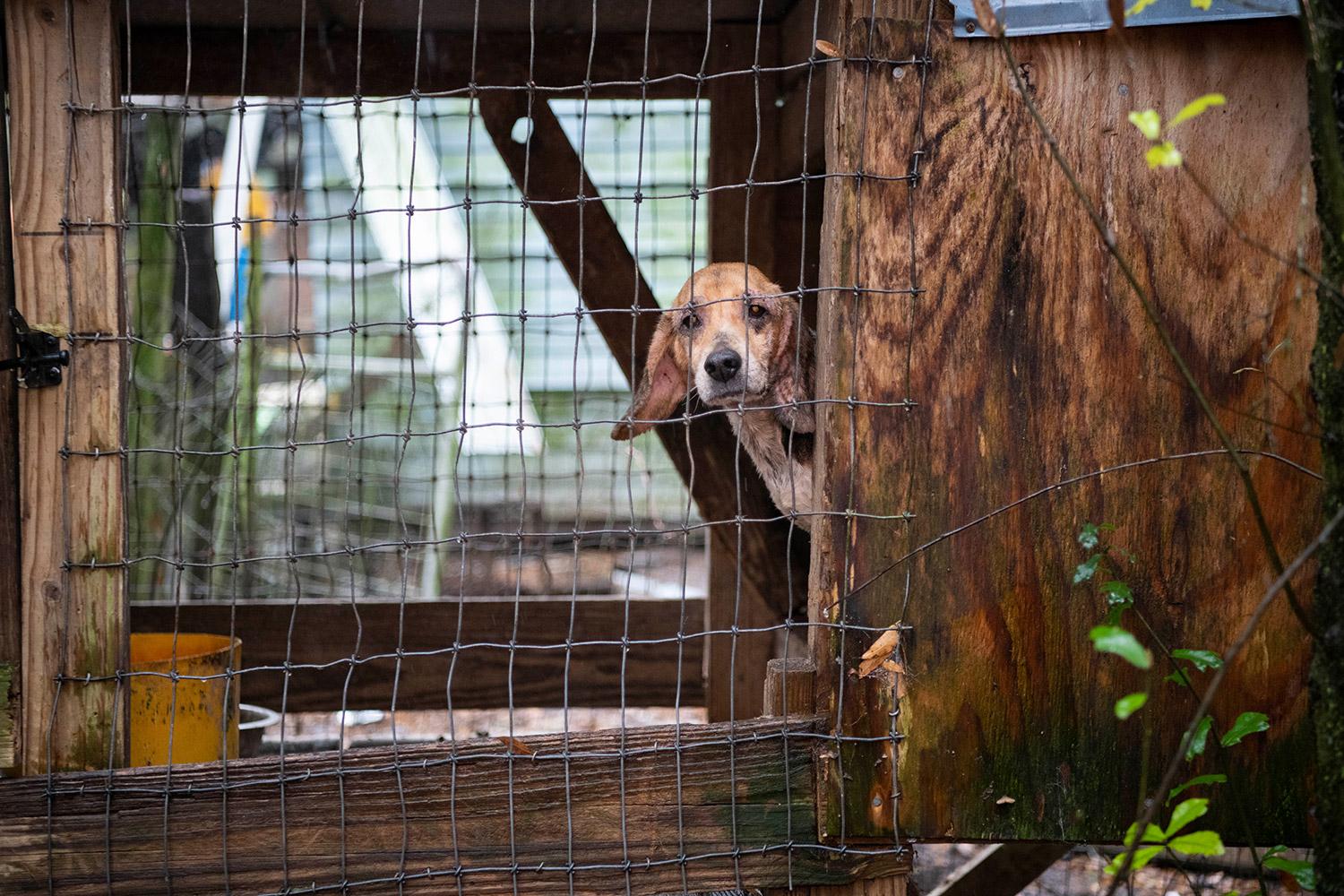 “Our team worked through pouring rain and late into the night rescuing these animals from heartbreaking, really grim conditions,” Laura Koivula, deputy manager of animal crimes for the HSUS, said.

“Yesterday is the last day those dogs are going to have to live like that.” 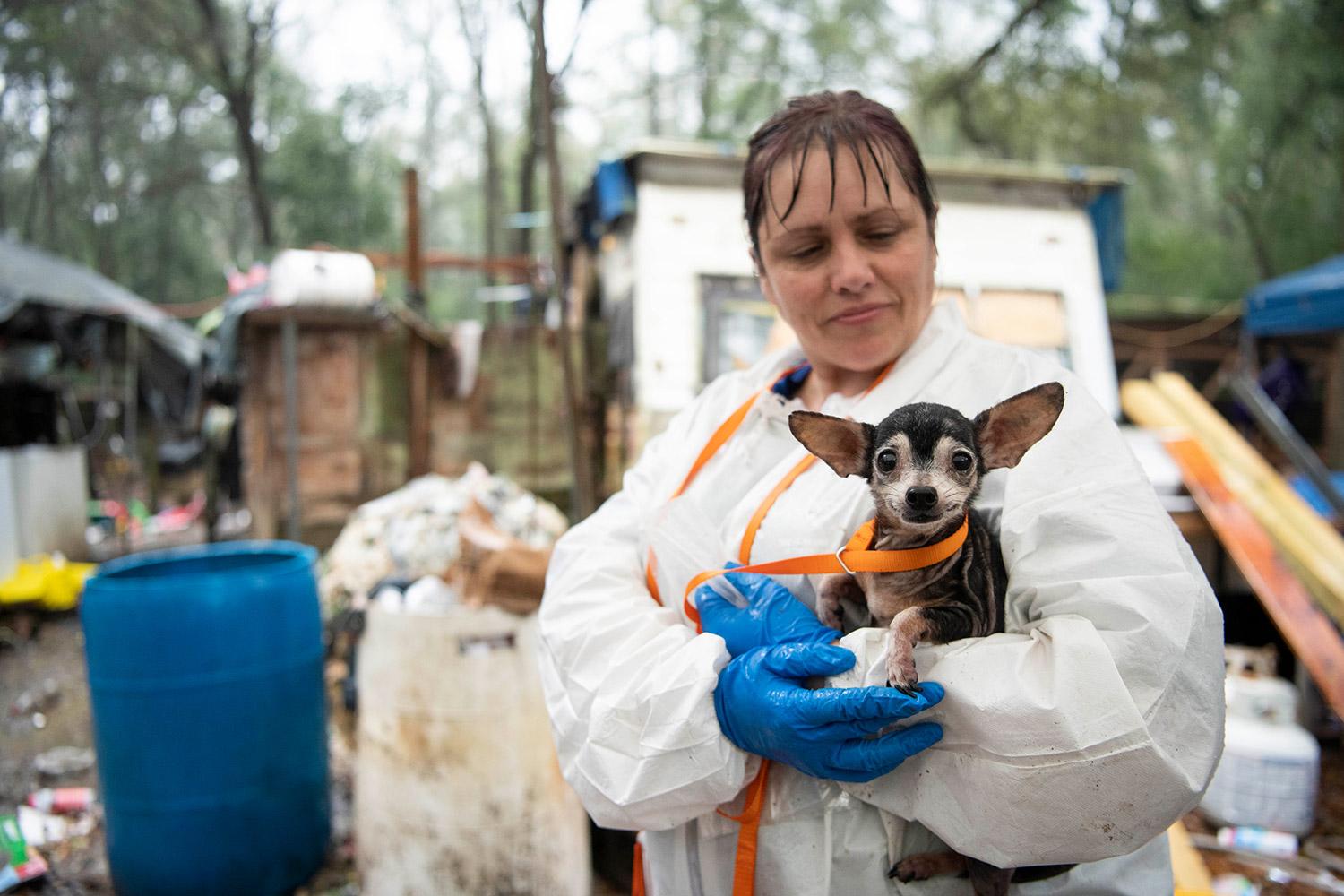 She added: “This is a tragic scene – it is intensely sad to see these dogs suffering in obvious misery and pain.”

“We are thankful to all of the agencies involved today for working through the rain to get these dogs desperately-needed help.” 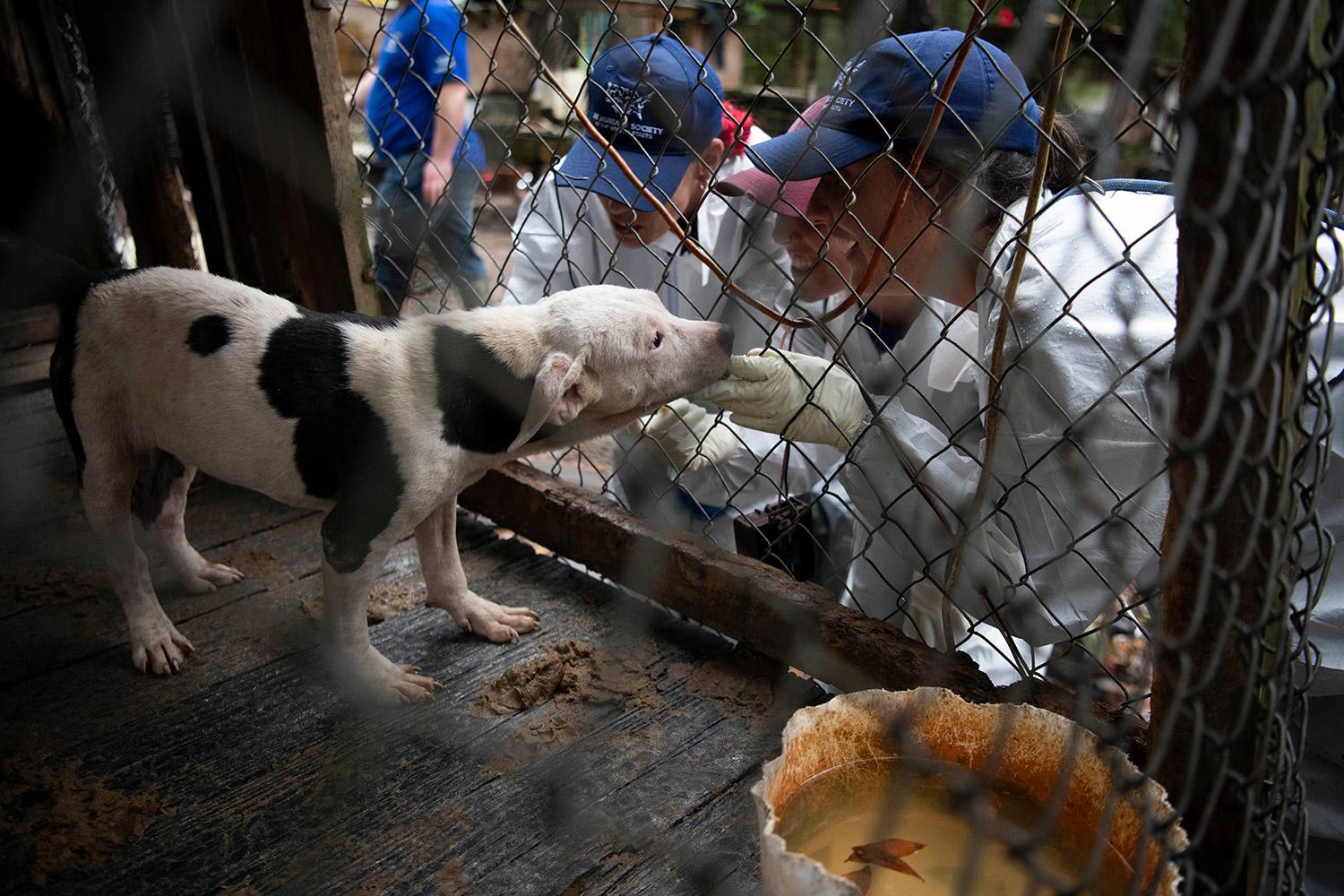 The Humane Society took the dogs to a dry and safe shelter so they could get any needed treatment and veterinary exams. Three of the dogs on the property were not surrendered to the HSUS but they are being cared for until a custody decision is given by the courts.

It will take some time for the dogs to recover but the HSUS responders say that the dogs are eager to get their new life started.