After an incredible 10 years apart, Crystal Fentress from Oklahoma, was reunited with her dog, Lela.

Earlier this month, the boxer was brought into the Oklahoma City Animal Welfare shelter. While Lela was microchipped, shelter workers weren’t optimistic about getting in touch with the owner. 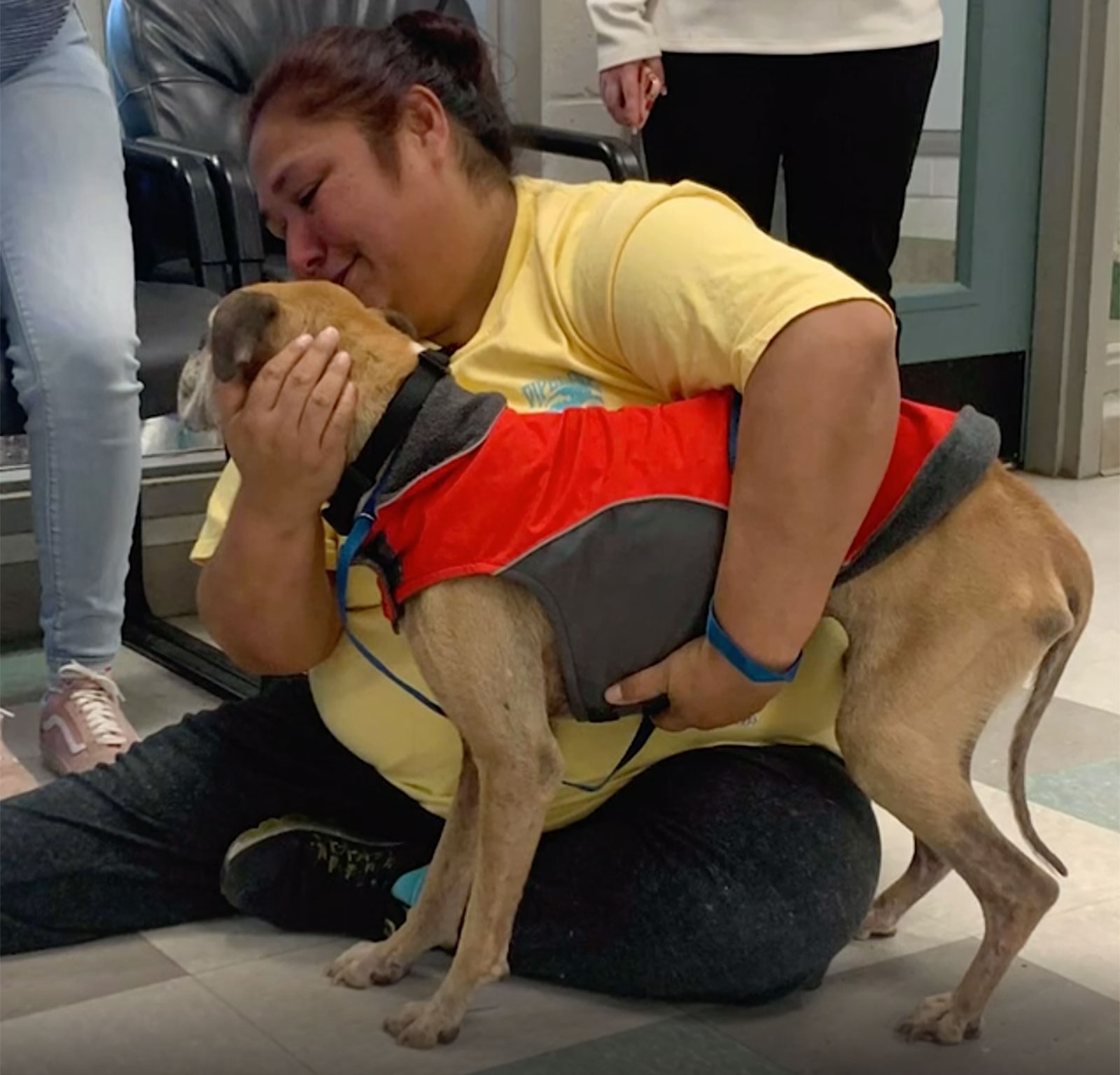 Morgan Epperson, a representative for the shelter stated to PEOPLE that “Things like this don’t typically happen,” and explained that the microchip information “hadn’t been updated since 2009.”

And at first, Fentress was confused by the call, as she “didn’t have a missing dog,” Epperson stated in a Facebook post.

“She then asked if the dog’s name was Lela,” And Epperson continued, stating that the owner “instantly broke down,” making the long drive to pick up Lela the very next day.

Lela is now home bound!!! After TEN YEARS of her momma missing her, she finally got reunited. All thanks to a little…

According to ABC Affiliate KOCO News 5, when Fentress moved back to Oklahoma from Texas, she was working in home health care work but had to move into an apartment where pets weren’t allowed.

Even though one of her patients took Lela in, Fentress eventually lost contact with them – so she had no idea what had happened to Lela.

Epperson documented the entire emotional reunion on Instagram with a clip in which Fentress kneels down on the floor as Lela walks out to her. There was a huge hug that ensued.

Alongside the heartwarming video, Epperson wrote, “Lela is now homebound!!! After TEN YEARS of her momma missing her, she finally got reunited. All thanks to a little microchip that got implanted ten years ago. My heart is so full of love and happiness. I love what I do, even the heartbreaking parts. This truly has been such an amazing journey.”

“The phone call alone brought me to tears,” Epperson told PEOPLE of the emotional moment.

“I don’t know how I would react if my dog was found 10 years later, more than two hours away,” Epperson added, noting that before leaving with Lela, Fentress gave her a hug and, “told me she was so thankful.”

“It was impossible for me not to cry at that point,” Epperson said. “I’m just thankful for microchips.”